Home » News » ROMANIA: Campaign Blog – After the death of the woman, he offers them the money back 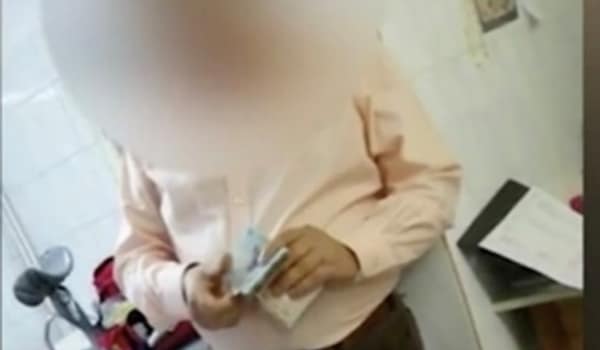 In 1966, the then leader of Romania, Nicolae Ceausescu, outlawed abortion and contraception, aiming to boost the country’s population. A year later, the average number of children born to Romanian women jumped from 1.9 to 3.7. Then birthrates fell again as women found ways around the ban. Wealthy, urban women paid doctors to carry out abortions, or they had contraceptive IUDs smuggled in from Germany. Poor women turned to self-induced and clandestine abortions. Maternal mortality skyrocketed, doubling between 1965 and 1989, when the country again changed its law. By 1989, an estimated 10,000 women had died as a result of unsafe abortions. That’s the unforgotten history.

On 21 September 2020, Magdalena Clisaru died of haemorrhage in the Romanian city of Ploiesti. She was 45 years old and 12 weeks pregnant, with no prior medical conditions. She was left by the “doctor”, Virgil Mircea Burciu, described as an ob-gyn, for one hour after the “procedure”, carried out in his “private clinic” on the ground floor of an apartment building. Shortly afterwards, she started bleeding heavily. Her daughter was told by the “doctor” that he would give her a prescription to buy haemostatics from the pharmacy to stop the bleeding, but he was not worried. When the daughter returned the doctor was gone and only the cleaner was there. It was her daughter who called an ambulance, but by then it was too late. They were unable to resuscitate her mother after trying for 45 minutes. The doctor returned. He said he was not to blame because he had done everything correctly. He offered to return the money for the abortion to the family (€ 100). (See photo above). An autopsy was conducted. It showed that haemorrhage was the cause of death. The local prosecutor’s office has charged the “doctor” with murder and soliciting an illicit payment from a patient at his “private practice”. He was prosecuted previously for the latter as well. Footage shot in the clinic shows terrible dirt and very old medical equipment. The investigation is ongoing.

In response to Magdalena Clisaru’s death, a Ministry of Health spokeswoman said: “We do not encourage these terminations of pregnancy. The Ministry does not assume responsibility for someone’s own personal decision (…) A physician has no obligation in cases of abortion on demand. Doctors’ obligation is to save the life of a fetus or the mother when a pregnancy cannot be taken to term. And the Ministry, as I’ve already told you and I repeat, as maybe you don’t understand what I’m saying in Romanian, the Ministry encourages giving birth…. These are Ministry of Health policies. It’s up to the doctor to agree or not to perform an abortion procedure. It’s not an obligation. In 2020, if you don’t want to have any children, there is contraception.” (https://pressone.ro/cum-ajungi-sa-mori-in-romania-dintr-o-intrerupere-de-sarcina-pe-bani-putini)

Eleven NGOs wrote to the Minister to protest against this crass statement.

Here are some facts from IPPF Europe: There have been no contraceptives at family planning clinics in Romania for two years and there have been no coherent programmes to provide free contraceptives in Romania since 2011, which has led to a rise in unwanted pregnancies and abortions, while the lack of free condoms has led to an increase in STIs. In addition, the lack of sexuality education in schools leads to lack of knowledge and allows false information and myths to be perpetuated.

Since 2019, Romanian women’s rights NGOs have documented an increase in the number of public hospitals that no longer provide legal abortions in Romania. In July 2019, they reported that over 30% of hospitals in Romania were refusing to provide legal abortions. In April 2020, they reported that “18 women’s rights NGOs and independent activists alerted the Ministry of Heath, the Institute of Public Health and the World Health Organization Office for Romania of their opposition to the following Covid-19 related policies: suspension of all on-request pregnancy terminations, which are legal, as well as other pregnancy-related services.

Their latest research from May 2020 found that only 31 hospitals in the country were still providing abortions, despite the NGO action in April, which had resulted in the Ministry of Health asking District Health Authorities and public hospitals to secure access to safe abortions on request, as per the law.
These NGOs have now written to the Ministry again to ask for a list of public hospitals that do offer abortions as of 1 October 2020.1