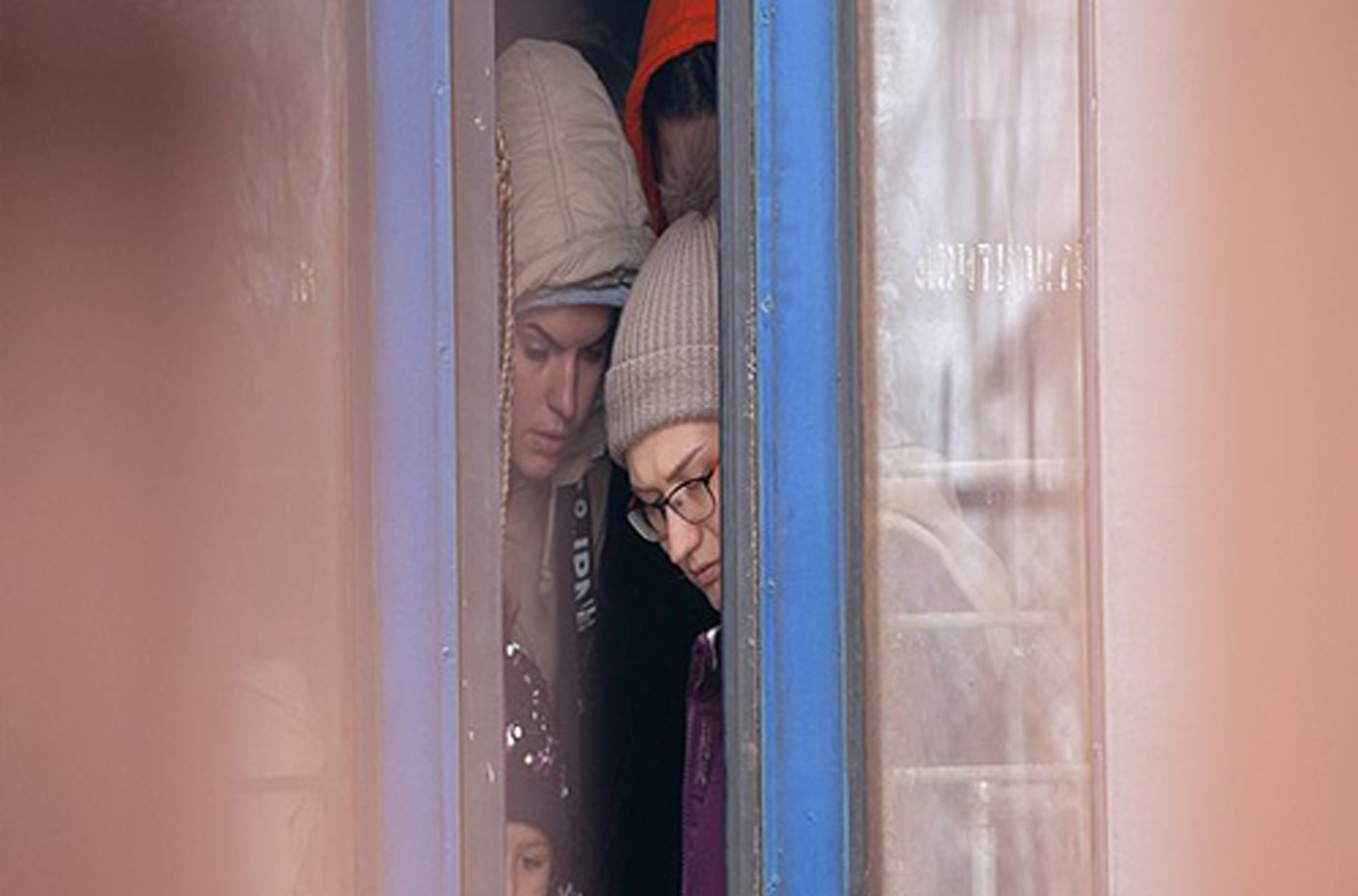 Since the start of the Russian invasion of Ukraine, over 4.6 million Ukrainian refugees – 90% of them women and children – have fled their homes to seek sanctuary in neighbouring countries. Poland received nearly 3 million between February and earlier in April. Among them are rape survivors and pregnant women in urgent need of medical help, access to emergency contraception and safe abortion.

More than 60 organisations, including Amnesty International and local NGOs, have recently urged European governments to address the issue of women and girls’ sexual health and reproductive rights as a humanitarian priority, and a vital step in tackling the consequences of gender-based violence in times of conflict.

However, Poland’s near-total ban on abortion has added to an existing lack of key sexual and reproductive health medicines and products. This obstructs humanitarian efforts to provide medical assistance to rape survivors and refugees who wish to terminate unwanted pregnancies. Doctors and volunteers are putting themselves at risk of imprisonment by helping women, as Justyna has done.

Safe access to emergency contraception and abortion is essential in times of conflict when women and children are particularly vulnerable to sexual abuse. Damming evidence of war crimes, including rape, has emerged in towns recovered by the Ukrainian army following the retreat of Russian forces. This has raised concerns over whether Russia is using sexual violence to terrorise and traumatise the Ukrainian population.

Lyudmyla Denisova has been the Ombudsman for Human Rights in Ukraine since 2018. She recently reported that in Bucha, 25 girls and women aged 14 to 24 were held captive in a basement by Russian soldiers and repeatedly assaulted and many were impregnated. Reports are growing of the scale of sexual violence. As Russian troops have withdrawn from towns and suburbs around Kyiv in order to refocus the war effort in Ukraine’s east, women and girls have come forward to tell the police, media and human rights organisations of atrocities they have suffered at the hands of Russian soldiers. Gang-rapes, assaults taking place at gunpoint, and rapes committed in front of children are among the grim testimonies collected by investigators.

“We have had several calls to our emergency hotline from women and girls seeking assistance, but in most cases it’s been impossible to help them physically. We haven’t been able to reach them because of the fighting,” said Kateryna Cherepakha, the president of La Strada Ukraine, a European NGO Platform against human trafficking, that works from a human rights perspective in support of survivors of trafficking, domestic violence and sexual assault.

Rape and sexual assault are considered war crimes and a breach of international humanitarian law, and both Ukraine’s prosecutor general and the international Criminal Court have said they will open investigations into reported sexual violence. But what currently seems like a far-off possibility of justice has done little to assuage Ukrainian women’s fears of what may yet happen in a war that is far from over.

Technically, it is legal for a Ukrainian rape survivor to gain access to abortion in Poland. However, for such access to be granted, the Polish government requires that a criminal investigation proves the rape in fact occurred. Not only is it an extremely time-consuming process, making it impossible for rape survivors to terminate the pregnancy early, but in the case of Ukrainian refugees, this investigation simply cannot even be opened.

A 31-year-old woman called Antonina said that when she woke up to the sound of bombing on the day the war broke out, the first things she grabbed before leaving Kyiv were condoms and scissors to use as a weapon to protect herself. “Every break between curfew and bombing I was looking for emergency contraception instead of a basic first aid kit,” she said. “My mother tried to reassure me: ‘This is not a war like that, they don’t exist anymore, they are from old movies.’ I have been a feminist for eight years, and I cried in silence, because all wars are like this.”

La Strada Ukraine and others have been working online and with local government to distribute information about medical, legal and psychological support available for victims of sexual assault, and are trying to find safe shelters for women and girls fleeing both the war and domestic violence. They fear, however, that the trauma caused by the use of rape as a military tactic will lead to deep suffering across Ukrainian society for years to come. “When a woman gets away it looks like she’s safe, she’s far away from the guns and the man who raped her,” said Sasha Kantser, external affairs manager for Lviv Feminist Workshop, which has helped hundreds of displaced women and girls since the war broke out. “But the trauma is a bomb inside her, that follows her. The scale of what is happening now is heartbreaking.”

Volunteers and non-governmental groups have stepped in to help reduce risks of trafficking, and other exploitation and abuse, and to provide targeted sexual and reproductive health care and services for gender-based violence survivors, including helplines with Ukrainian psychologists or gynaecologists.

Joanna Piotrowska, president of Feminoteka, which offers help to women experiencing violence, said central government assistance could facilitate providing more services, faster. “There is no support from the top – it is completely at the grassroots level,” she said. “It’s appalling that up until now, even in the face of war and the scale of the crisis … there is no…organization or coordination by the government.”

STOP PRESS: UNFPA and IPPF among many others are working hard to deliver emergency contraceptive pills, abortion pills, MVA equipment, pregnancy and delivery kits, and other reproductive health kits into Ukraine as best they can. UNFPA has literally delivered 50 tons in April, and some to Moldova too.