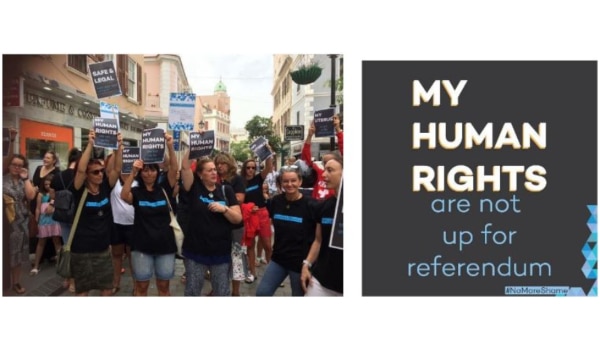 The government of Gibraltar went back on its promise to make Gibraltar’s abortion law compliant with the Human Rights set out by the UK Supreme Court. Instead they have decided to put changing the abortion law to a public referendum. As the people of Ireland will be able to tell them, a public referendum will mean people who have had abortions being called upon to tell their “stories” in order to be judged by their peers. We are pretty cross about this, and while we hope the voters of Gibraltar do the right thing, we are sorry that the government has decided to play politics with women’s bodies (Abortion Support Network).

In Gibraltar, part of the United Kingdom in the south of Spain, abortion is illegal. The government promised earlier this year to reform the law, making abortion legal in cases of risk to the life of the woman or the fetus, and in cases of rape and sexual abuse. Instead, they have called a referendum on the proposed law change, set to take place on 19 March 2020.

Matters of human rights should never be up for referendum and [we] are grateful to Marlene Hassan Nahon for fighting our corner from day one. We are however delighted that a majority of ministers voted in favour of the Bill and are backing a ‘Yes’ vote. Marlene Hassan Nahon said: “There is a legal imperative to change the law on abortion” (No More Shame, 17 July 2019)