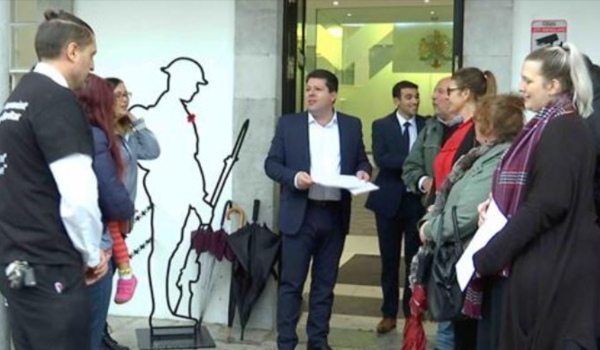 Over the past few months, there has been a consultation by the government of Gibraltar, which is a British Overseas Territory, but is not covered by the abortion law of Great Britain. The reason for the consultation is that the judgment of the UK Supreme Court in regard to the abortion law of Northern Ireland will also affect Gibraltar, whose law is not compliant. The consultation document proposed a very narrow reform of the law. Pro-choice groups in Gibraltar connected with groups in the Voice for Choice coalition in the UK and elsewhere, many of whom made submissions to the consultation.

All of Gibraltar’s pro-choice groups gathered on 22 November to submit a joint statement as well as submit their individual groups’ submissions to the Chief Minister. Their submissions can be found at:

They also notified the press and GBC News. The latter posted a report on Facebook that said:

“All of Gibraltar’s pro-choice groups have agreed on five main points which they believe the government needs to address. They call for the removal of the life sentence penalty, and for the legalisation of informed terminations up to 14 weeks. They also call for the removal of the onus on stating mental ill-health in order to access terminations. The groups add they want women to be allowed to choose their preferred medical practitioner, and for provisions to be made for a seamless service in the event of a conscientious objection.”

We also sent a submission from the International Campaign, which made the following points: