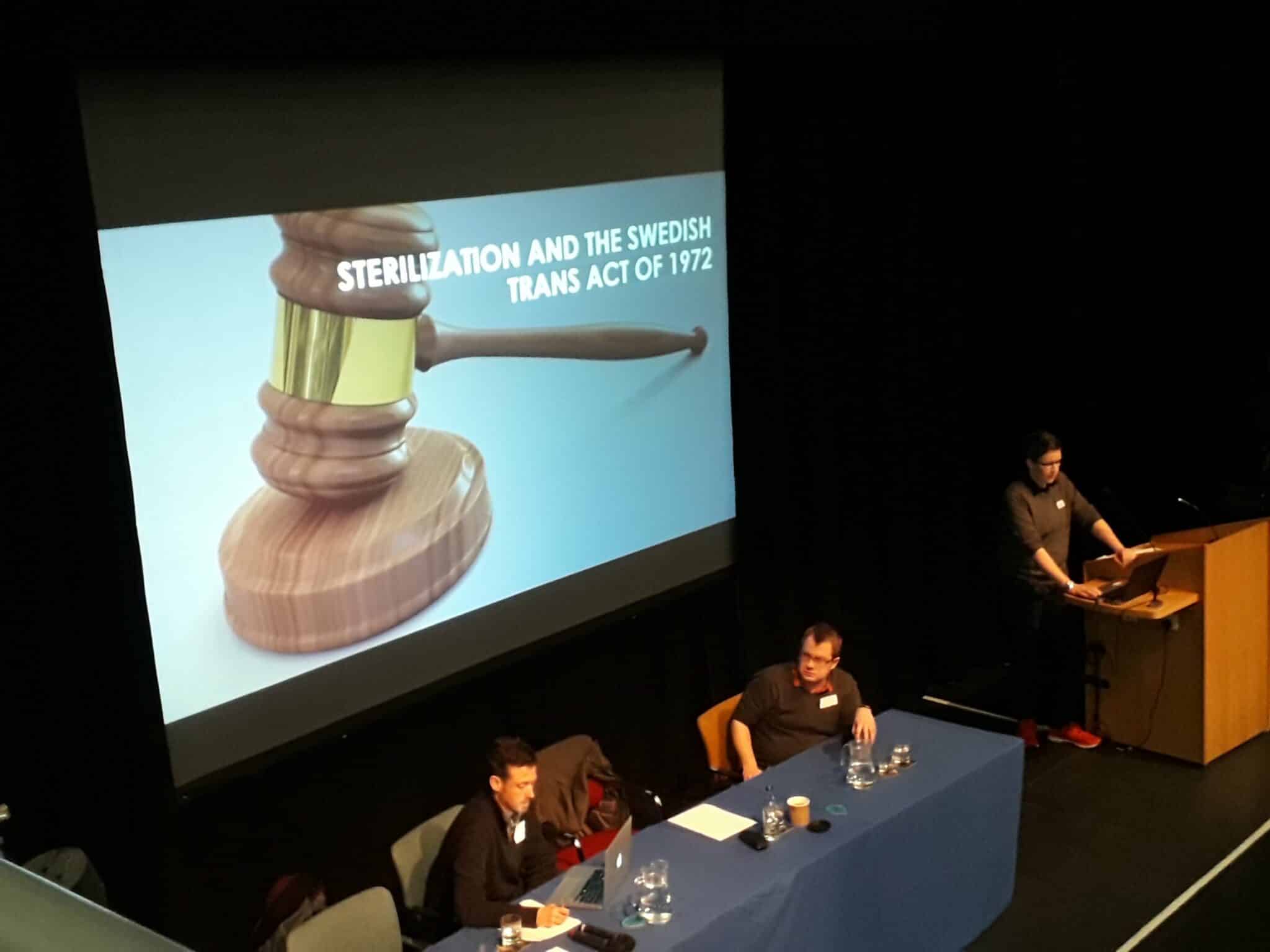 Global Studies Master’s Student at the University of Gothenburg

There’s something special about entering a space where everyone understands that you can never assume someone’s gender, sexuality or biology. A space where it is understood that trans people are not a homogenous group; that trans people can and do get pregnant, give birth, and have abortions; and that trans people’s reproductive capacities are controlled, restricted, and stigmatised in many ways.  In a room full of people who understand this — and are willing to take on the responsibility to educate themselves on topics they are unfamiliar with — it is possible for fruitful and engaging discussions on trans-related issues to take place.

From 14th to 16th January 2020, I attended the Trans Pregnancy: Fertility, Reproduction and Body Autonomy conference in Leeds. The conference was hosted by the team behind Trans Pregnancy: An International Exploration of Transmasculine Practices of Reproduction, a research project focussed on better understanding the feelings, experiences and healthcare needs of transmasculine and non-binary people who wish to, or become, pregnant. The organisers did an excellent job of creating such a space – safe and free of shame or judgement, where everyone was eager to learn.

The conference was organised around a central question: what does reproductive justice look like for trans people? Within the three days, we covered a variety of topics related to this question: the challenges of being pregnant and giving birth while being trans; what it means to start a queer family; the need for and how to achieve trans-inclusive healthcare services – including abortion services; the history of trans pregnancy since the 13th century; and theory such as eugenics, cis-normativity, and the state’s use of the body as a site of surveillance and control. It was a real asset that the conference had a range of academics, healthcare professionals, activists, and lawyers in attendance, who enriched the discussions with their diverse experiences and areas of expertise.

There was a panel at the conference dedicated to trans abortion rights. The panel consisted of Dante Junco and Francisco Fernandez, both Argentinian trans activists; Alexa Moore and Christopher McIlwane from TransgenderNI, a not-for-profit organisation dedicated to improving the lives of trans people across Northern Ireland; and A.J. Lowik, an academic who has written a comprehensive toolkit for trans-inclusive abortion services. The speakers explored the different ways that trans people are invisible from discussions around abortion and reproductive justice in general. The speakers went on to urge feminist abortion movements to ally with queer and trans movements. Their message was clear: at the end of the day, our demands are the same – the right to bodily autonomy without limitation and to stop perceiving our bodies as symptoms of illness.

As members of feminist abortion movements, we need to widen our agenda on bodily autonomy to include trans and non-binary people – not only because they are people who also need abortions, but also because we are allies in the same fight for reproductive justice. Together, we need to fight to give agency back to the individual, as the individual is best suited to identify their body and choose what to do with it.

The conference was incredible and it’s hard to single out the most important lasting messages. The notion that pregnant men challenge society’s expectations and assumptions about gender, sex, and reproduction, was a reoccurring theme across all the presentations and discussions. Although nowadays, gender is better understood as fluid, on a spectrum and something that can shift over time, society is still fixed on the idea that sex is biological and binary. There was a general consensus that the pregnant man disrupts society’s understanding of sex, as not all trans men have gender reassignment surgery, transitioning does not look a certain way, and a person does not need to be feminine to want to give birth and be a parent.

The conference emphasised the importance of the use of language. I therefore urge you to put in the effort to ask for people’s pronouns and use them correctly. Reflect on the language you use and be aware of the assumptions you are making. Instead of using the word ‘mother’, use the word ‘parent’. Say ‘people who menstruate’, or ‘people who get pregnant’. Fight for everyone’s right to abortion, because we need to create a movement that empowers everyone and leaves no-one behind.

We are still a long way from a world where trans people have reproductive justice. Many, if not most countries, still have laws that control and restrict trans people’s reproductive capacities and their right to parent. Trans people still receive little to no support from the state to have children, or to live lives free from stigma, prejudice and discrimination. We have a collective responsibility to remove the barriers that stop people from being able to make decisions about their own bodies and create a society that respects and supports everyone’s decision to parent or not to parent.

Of Trans Fathers and Male Mothers – An Importance of Centring Experience