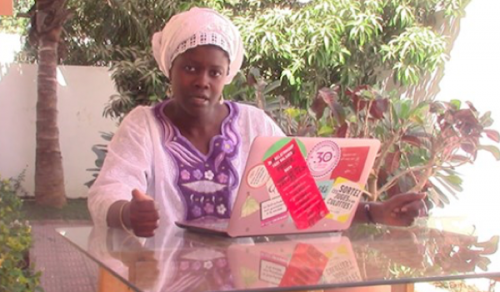 This post is a translated transcription of a talk by Diakhoumba Gassama at a debate organised by WATHI, Citizens Think-Tank of West Africa.  You can watch the original in French here.

Today, in 2017, there are innumerable reports and studies carried out – by government, by researchers in universities, by the UN, by the African Union – on reproductive health. What does this research tell us? In many countries, especially in West Africa, women, whether married or not, do not have access to family planning services. Girls and boys, adolescents and young people do not have or cannot access integral sexual education. In the context of Senegal, a majority Muslim country, there are many Muslim intellectuals and writers today who remind us that in the origins of Islam, contrary to other religions, two key points are acknowledged (in the context of marriage): firstly, that human beings are sexual beings; secondly, that sexual desire is one of the most profound feelings of the human being.

However, there is a problem with proscribing abstinence before marriage. In our country, marriage is far from free. The young population doesn’t live in socio-economic conditions that would allow them to marry when and how they like. So, what is effectively being said is: you must stay abstinent before you marry, but in order to marry, you must wait because you do not have the financial means.

We mustn’t forget that there is a high rate of sexual violence in our country. Here in Senegal, you cannot open a newspaper without reading: ‘Young girl violated by her uncle… students sexually abused’, etc. Saying to a women with an unwanted pregnancy, ‘sort yourself out’ is not a solution. Whether they are sexually active or victims of sexual violence, saying ‘sort yourself out’ is effectively telling them to have a clandestine abortion.

According to the official statistics of the Ministry of Health in Senegal every day five Senegalese women die from clandestine abortion. It is one of the primary causes of maternal mortality in Africa. If there is not a clandestine abortion, what happens? There is an unwanted child. We are seeing a huge increase in the rate of infanticide. Infanticide is the primary cause of imprisonment of women in our country, and in the region. An alternative consequence is the abandonment of children, which means that the children become the responsibility of the state or the community.

It is important to remember that Senegal is one of the world’s regional, continental and international leaders as regards the ratification and signing of international conventions on human rights. In August 2015, Senegal was called to account by the Committee on the Elimination of all Forms of Discrimination Against Women regarding unsafe abortion; in order for Senegal to fully implement its regional, sub-regional and international commitments, they said, it must decriminalise abortion.

A country that has suffered from war as well as from the Ebola epidemic, and is much poorer than ours according to the development indexes, is Sierra Leone: our brother country and friend. In 2015, a law that legalizes abortion was unanimously adopted in their national assembly. Why? Because the Sierra Leonean authorities and the Sierra Leonean civil society want to save the lives of women and girls and to save the future of their country [editors note: this law has not yet been signed in by the president].

It is important to say that there is no lightheartedness in choosing abortion. No woman is dancing and singing when she takes the decision to have an abortion: it is one of the most traumatizing things that can happen to a woman, especially an African woman in a context of clandestine abortion. Imagine the young woman, or the mother of a family, who asks what is going to happen to her in the process of getting a clandestine abortion? Will it go wrong? Will I be able to have more children? What place will I have in society?

What is the future of this issue? The UN Committee on Civil and Political Rights has declared that the right to abortion is a human right. It is a human right because it is a question of the dignity of the person. We cannot accept a situation in which women find themselves being accused of being murderers. I have read comments from people who say ‘to decriminalize abortion is to permit homicide’. In reality, to criminalize abortion is to permit infanticide. And that is the important point.

My colleagues in the Association of Women Jurists have struggled for years to find a juridical solution in working to reform our repressive law. In Senegal, a country of human rights, accessing abortion is limited to when the health of the pregnant women is in danger. Many people say: ‘So, it’s already in place’. However, the decision to allow an abortion must be taken by a committee of doctors in Dakar; if they agree, the woman still has to find a willing doctor to carry out the abortion.

And here is my challenge to everyone who watches this video, find me one woman in Senegal who has been able to abort a pregnancy legally.