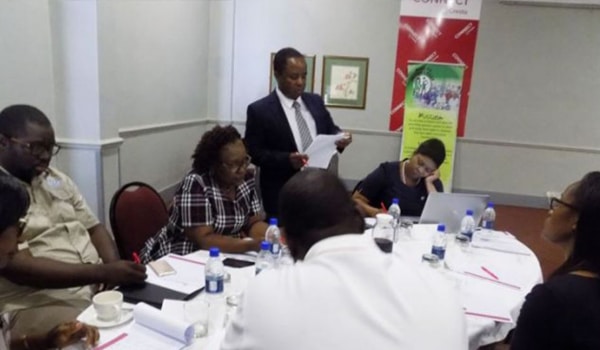 The public health problem of unsafe abortion has been the subject of news articles, debates and advocacy campaigns in Zimbabwe going back a long time. Starting in 2017, the Women’s Action Group (WAG) began to implement a project working with a range of national and international partners, whose ultimate goal is to empower and girls to utilise the existing law to access safe abortion services without stigma, and to reduce unsafe abortion-related deaths and morbidity in Zimbabwe. Strategies used included training of health workers on the TOP and post-abortion care, community dialogue, research on abortion attitudes, formation of an abortion coalition, and dialogues with parliamentarians. These strategies aimed to reduce abortion stigma and raise the issue for discussion at policy level. Awareness on the fact that abortion is already allowed by law in specific circumstances was raised. And much more.

But two years later, a new report calls abortion an “emotive issue” – and reports that unsafe abortion-related deaths still account for 20% of the over 3,000 maternal deaths that occur every year in Zimbabwe.

Addressing legislators at a meeting convened by the Zimbabwe Women’s Action Group (WAG) on 23 September 2019, the Family Health Director of the Ministry of Health, Bernard Madzima, said although consensus on the matter will not come easily, it was important for all concerned to come up with solutions that would preserve women’s lives. And that it should be tackled urgently by all stakeholders with specific reference to the Termination of Pregnancy Act, which has repeatedly been said to be restrictive. “If we are serious about reducing the maternal mortality ratio (MMR), but do not tackle the major contributors of these deaths, then we can be sure that we will not achieve our Sustainable Development Goal target, where we say we want to reduce the MMR to less than 100 deaths per 100,000 births,” he said.

Under the Termination of Pregnancy Act, abortion is permitted to save the life of the pregnant woman, if the continuation of the pregnancy endangers her life or that of the fetus, or where the pregnancy is a result of rape or incest. Madzima continued by saying that the Termination of Pregnancy Act was obsolete and the process was too complicated. “Even if the woman qualifies under the current law, the process is too cumbersome (such) that the woman might end up giving birth,” Madzima said. “While the Act allows for abortion, it cites certain conditions which many feel should be expanded to also include other situations.”

Speaking on the sidelines of the meeting, WAG director Edinah Masijiwa said a taskforce headed by the Health Ministry had managed to come up with an advocacy tool called Safe Engage, which was meant to summarise and package evidence, data and facts on abortions. “Abortion is a sensitive subject and that is why we had to design a specific tool for dissemination of the information to stakeholders,” she said. “Although they do not have a position yet, issues being considered included reviewing the Act, as well as including other conditions that also qualify for abortion. Legislators who attended the 23 September WAG meeting agreed that it was important to review the Act and ensure that the process was expeditious.

Meanwhile, when on 7 October 2019, Katswe Sistahood asked on Facebook: “There are all these rules women have to obey in order to be deemed woman enough and society worthy. What do you think?”, here is one of the replies they received: