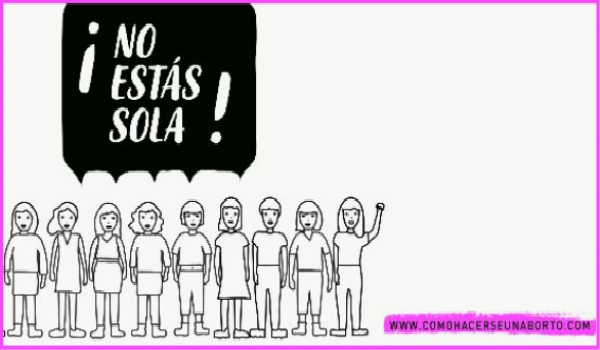 On 15 January 2018, YouTube removed two videos by Women on Waves and Women on Web. Both channels contained animations with lifesaving information about safe and effective ways to have an abortion with medications. Some of the animations can be seen in the documentary Vessel.

Women on Web said: “By censoring information on safe abortion, YouTube may contribute to morbidity and mortality from unsafe abortion. By removing the video channels, YouTube violates the right to freedom of information under Article 19 of the Universal Declaration of Human Rights and the right to freedom of expression under Article 10 of the European Human Rights Convention. Women on Waves and Women on Web have filed a complaint with YouTube and will consider legal steps if YouTube does not put the information back online.”

On 17 January, we received a report from Argentina about another video censored by YouTube. The video www.comohacerseunaborto.com, which also contains information on how to access a safe abortion, has been uploaded onto a different webpage, but we were asked to spread the word that it had happened.

The Colectivo de Salud Feminista also wrote that the video, made in 2015 in collaboration with Malena Pichot, had also been taken down. That video provides information in Spanish on how to access safe abortion in Argentina in accordance with national legislation. The video has had more than 2,000 visits daily and had already been visited by more than 1,600,000 people. The Colectivo said: “Considering that YouTube shut down the videos of Women on Web and Women on Waves two days earlier, we are of the view that what happened was not a coincidence. We publicly denounce YouTube for a policy of censorship of feminist struggles. We hope YouTube will reverse this decision, as it did with the Women on Web and Women on Waves videos after media coverage.”

Then we heard from Voces de Mujeres en Acción, AC, in Mexico, who wrote that their Facebook page had been blocked as well. They had already unblocked it, but wanted to express their support and assert the unity of the women’s movement against such actions.

We have offered to call for solidarity action if this is also happening to other videos on abortion on YouTube. Please send details to info@safeabortionwomensright.org if you know of any other videos that have also been censored recently.