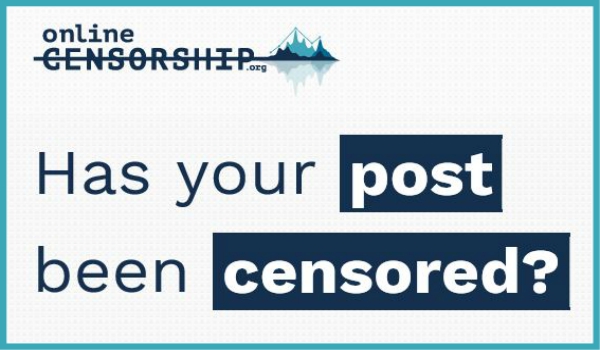 The letter is available here in PDF format.

A week ago, we learned from colleagues, Women on Web and Women on Waves from the Netherlands, and ComoHacerseUnAborto, Argentina, that three of their videos providing information on how to have a safe abortion had been taken down from YouTube. Then we heard that the three videos had been restored to the web after a request to do so was sent to you by the groups who made them. Just after that, we heard that the same Argentinian video had been taken down from Facebook, but that it too was restored when the group wrote to Facebook. Concern was expressed that if you refused to restore a video after the group contacted you, then indeed censorship might be taking place by YouTube itself.

We publish a newsletter on abortion issues every week so we put a call out for any other instances of this happening in our 19 January newsletter. A number of people did raise examples from the past, including a video posted by Women Help Women which YouTube did not restore when it was requested and in Brazil, a Women on Waves video, translated into Portuguese and given a different name. Someone in YouTube took the video down. The group questioned your policy and were told their arguments weren’t enough, and that if they posted the video again, they would have their account suspended.

This is very concerning and it does not explain where the decision to take a video down comes from. Colleagues in our field with past experience of these problems have argued that local anti-abortion groups may have been making complaints to YouTube and asking for specific videos to be taken down. We found it alarming that YouTube would agree to censor such information, especially without asking questions or giving an explanation. Yet when the group who made the video(s) contacts you and asks you to reinstate it/them, mostly it seems, though not always, you do reinstate it/them. So we don’t understand why this is happening.

These videos are important for women seeking safe abortion in settings where it is not available.

This letter is to ask if you can please clarify why this is happening. Is it because you don’t want to publish specific videos about abortion for specific reasons? If so, can you tell us what those reasons are? There are so many videos posted on YouTube about the importance for girls and women of safe abortion that it seems very unlikely you have an anti-abortion policy per se. Perhaps you have specific rules about content that some videos may break? If so, we would like to know what those rules are when the video is about making abortion safe and accessible.

Our national and international efforts seek to reduce deaths and complications from unsafe abortion and support women’s right to decide whether to continue a pregnancy or not.

1) What type of complaints have you received that have led you to take a video about abortion down?
2) Did the complaints come from groups that may be anti-abortion and/or have they ever come from national government representatives in countries where abortion is legally restricted?
3) Have there been cases when you at YouTube took down a video about abortion because you believed it broke any of your rules, and if so, which rules?
4) Who takes the decision to take down a video at YouTube, is it in one office covering all videos at international level, or is the decision taken at regional or national office level?
5) Would the YouTube decision-makers be willing to contact the video makers before taking a video about abortion down?
We hope to hear from you.

and on behalf of: