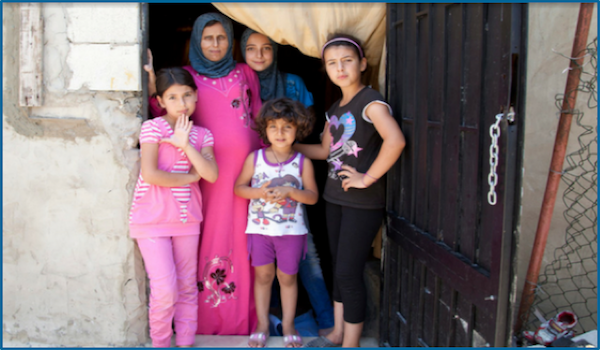 On Tuesday, 23 May, the Trump administration released the President’s Fiscal Year 2018 budget, which looks to slash funding for foreign assistance, including programs that help displaced women, children, and youth. At the same time, it increases funding for US detention programs and militarization of the border.

From the deep cuts to humanitarian and development assistance to the targeting of asylum seekers from Central America and other places, the president’s budget imperils women and girls around the world.

The Women’s Refugee Commission’s (WRC) Senior Advocacy Officer Marcy Hersh reflects in the WRC’s May 25 statement on what the president’s proposed budget means for women refugees. She notes that the same week Trump’s budget cuts were announced, Ambassador Nikki Haley – who was on her first international trip as US Ambassador to the United Nations – visited the Za’atari camp in Jordan to see how Syrian refugees there are coping. Clearly moved by the bleak setting, Haley told reporters “We’re the number one donor here through this crisis. That’s not going to stop. We’re not going to stop funding this.” Referencing a convoy of trucks carrying food aid, Haley said “This is all in the name of our Syrian brothers and sisters… We want you to feel like the U.S. is behind you.”

Trump’s budget would slash funding for humanitarian assistance – including more than half a billion-dollars in cuts to migration and refugee assistance. The WRC are calling on the US Congress to provide bipartisan leadership, reject this budget, and stand firmly with refugees.