Home » News » Why would any country put abortion in the Constitution? by Máiréad Enright 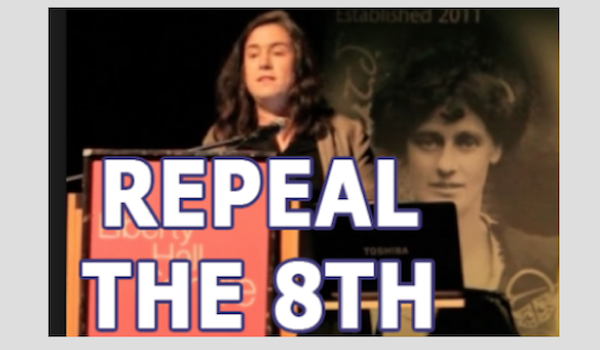 Ireland is unusual in ‘writing abortion into the Constitution’, but it is not alone. It is very difficult to generalise across jurisdictions, especially because Constitutions perform different functions in different jurisdictions, and are subject to different procedures for amendment. However, a quick survey suggests that Ireland has only about 20 fellow travellers; a few in Europe (such as Hungary and the Czech Republic), more in South America, where the trend began (Chile, Honduras, Ecuador, El Salvador) and the rest in Africa (Swaziland, Somalia, Uganda, Kenya, Zambia, Zimbabwe etc). I am not sure if this is an exhaustive list, and would be grateful for corrections and references.

Constitutional abortion provisions take a variety of different forms. Some date to the 1980’s while others are very new.

> The most common is a broad assertion that the right to life begins at conception or before birth: Czech Republic, Slovak Republic, Hungary, Dominican Republic, Ecuador, El Salvador, Guatemala, and Paraguay. Madagascar has a similar ‘right to health’ provision.

> Provisions which equate the right to life of the unborn with that of the mother: Only Ireland and the Philippines have done this.

> Provisions which set out the grounds for access to abortion: Somalia, Swaziland and Kenya.

>Provisions deferring to the legislature, stating that abortion is illegal except as provided by legislation: Uganda, Zambia and Zimbabwe. Kenya and Swaziland have a similar provision, in addition to stating current specific grounds.

What have the results been?

A constitutional abortion provision is generally a mark of restrictive abortion laws. As shorthand, if you use the Center for Reproductive Rights well-known map of abortion laws, you will find most of these countries in the ‘red’ zone with Ireland; officially prohibiting abortion or allowing only life-saving abortions. These regimes are incompatible with women’s human rights to freedom from inhuman and degrading treatment, health, autonomy and so on. A few of our fellow-travellers are in the ‘yellow zone’, permitting access on grounds of physical and sometimes mental health and fetal impairment. Whatever the law says on paper, practical access to abortion is often poor, even for those women entitled to it in principle.

However, not all of these countries have such restrictive abortion laws… A general statement of the obligation to protect unborn life does not in itself translate into either criminalisation, or restrictive grounds for abortion. The Constitutional Court of the Slovak Republic held in 2007 that a 12-week period of abortion on request was compatible with the constitutional provision on unborn life. Despite the Constitution’s fetal life provision, it was possible for the Slovak court to come to a similar position to that taken by constitutional courts elsewhere in Europe. Ireland’s Supreme Court has not be able to draw similar conclusions because the Supreme Court in the X case held that the mother’s right to survival and the fetus’ right to be born are equal.

That said, fetal life provisions are malleable, as are all constitutional rights. They operate in their particular context… They can also ground extremely restrictive judgments by superior courts, as happened, for example, when an attempt to decriminalise abortion in the Dominican Republic was struck down, and when the Chilean constitutional tribunal blocked government efforts to distribute the morning after pill. Famously in El Salvador in 2013, the Supreme Court denied a seriously ill woman a termination even though her fetus could not survive birth.

The African provisions might catch the eye of those lobbying for ‘replacement’ rather than repeal. Some of these are indeed liberalising amendments by comparison with what preceded them. However, they are vulnerable to political intransigence. In Kenya, for example, withdrawal of guidelines interpreting the constitutional provision left doctors unwilling to provide legal abortion services. A case is forthcoming in the High Court. In Swaziland, although women’s groups welcomed the constitutional reform, no steps have been taken to legislate for abortion. Inconsistent interpretation of the abortion law has also been a problem in Uganda. As we know in Ireland, while abortion is in the constitution, legislators can (perhaps paradoxically) shirk their responsibility to legislate for it.

How does abortion end up in the Constitution?

In Ireland, constitutional abortion law has been a place to work through and make statements about national identity; abortion is the place where religious, post-conflict and post-colonial tensions meet. In 1983, the Pro-Life Amendment Campaign capitalised on a period of political instability to place a near-permanent block in the way of women’s reproductive rights. It is an old adage that these tensions are worked out over women’s bodies, often with the assistance of powerful foreign lobbies.

Sometimes the identitarian nature of other countries’ law seems to appear on the face of it. Somalia’s abortion provision, for example, explicitly references the shari’a. In other cases, we have to look to the context in which the provision was inserted into the Constitution.

Older constitutional abortion laws are associated with regimes which place a premium on national identity, whether as part of a process of self-definition after a prolonged period of violence, or as part of an ideology of ‘national security’ associated with military authoritarianism. Honduras’ provision is in a constitution passed in a period of instability after 10 years of military rule. One of the oldest constitutional abortion laws is Chile’s; passed by referendum in 1980 under Pinochet’s dictatorship.

Often the presence of an abortion provision reflects a religious backlash against what is perceived as unduly permissive abortion law.

…In Kenya, church leaders demanded a ‘no vote’ to the 2010 Constitution on the basis of its abortion provisions, even though they did not change the content of the pre-existing abortion law at all. Similar pressures succeeded in El Salvador, where in 1999 the Catholic church was a significant force in securing a fetal life amendment to the Constitution against feminist opposition. The involvement of the institutional Catholic church in repressing abortion reform is a theme across Latin America…

Excerpted and reprinted with the kind permission of the author.