Home » News » WHO & COVID-19 – The Health Transformation Army: the history of the World Health Organization 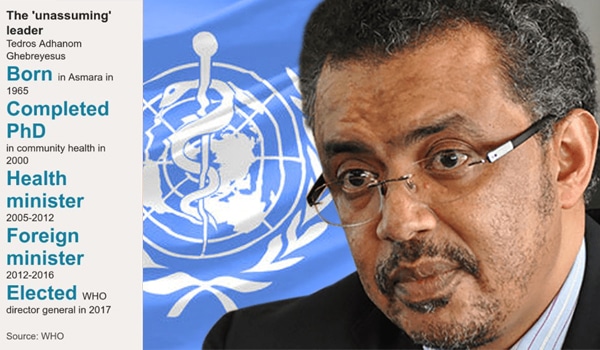 London Review of Books, 2 July 2020;42:13 (Non-subscribers can read a few articles that are open access on the website)

This is a brilliant piece of journalism about the World Health Organization and its dealings with its members, especially the USA and China, over Covid-19. It opens by describing what happened at the World Health Assembly in May 2020, when the USA accused China of infecting the whole world and accused WHO of siding with them, which the US claimed later led to them withdrawing their support and dollars.

“In a way, the episode was extraordinary, a notable moment in the coarsening of the US government’s diplomatic voice under Trump. But it was also in keeping with a pattern in the management of global disease, a pattern that goes back long before Trump, and long before the WHO was founded in 1948. There is a recurrent Euro-American fear that infection will leak in from elsewhere on the planet, and a recurrent desire to build barriers against it. The pattern connects to the American dread of being subjected to anything resembling a world government. And it alternates between two ideals of healthcare: the tech model, in which health is seen as a set of individual problems to be fixed by intensive, preferably one-time scientific interventions (wipe out malaria with genetically modified mosquitoes!), and the communal model, in which health is deemed a rolling project of social reform, endless and universal, low-tech and labour-intensive, inseparable from questions of housing, poverty, sanitation, education, inequality, diet and work.

Disease knows no borders, we were told in speech after speech at the assembly: we must work together. But what does this mean? Can the WHO be the means to marshal a collective global effort, or is it doomed to cloak the reality that, in fact, there is very little solidarity between nations?”

Meek goes on to describe the history of how epidemics were dealt with in the past, e.g. cholera in the 19th century. He then traces the history of WHO itself and its role in dealing with disease. Next he gives a detailed history of what took place in China when the first cases of Covid-19 became known, and how WHO first learned of them.

Most importantly, the article returns to the issue of “the tech solution vs. the communal one”, showing how “in Tedros Adhanom Ghebreyesus, the organisation has found a leader from the community health tradition”:

and he ends with the consequences for the UK, showing how and why government has made all the wrong choices.