The congested road to El Salvador’s Ilopango Women’s Prison is lined with rundown snack shops and pink dogwood trees. Dennis Muñoz describes the concrete complex, which operates at 900% capacity, as “living hell.”Few know the prison better than him. For the past eight years, he’s made countless visits to his clients there. In addition to being young and poor, the women all have one thing in common: they suffered miscarriages or complications at childbirth and were sentenced up to 40 years in prison for aggravated homicide.“We have no rights,” said 32-year-old Teodora del Carmen Vásquez, who has been in prison for nine years after she lost consciousness in the bathroom of her workplace and delivered her baby stillborn at nearly nine months. She was sentenced to 30 years. Vásquez is one of “Las 17”.Muñoz never thought he would spend his career fighting for women like Vásquez. But in 2008 he came across the file of an 18-year-old woman named Cristina Quintanilla. In 2004, she suffered a miscarriage at seven months. When she regained consciousness, she found herself handcuffed to a hospital bed; she was later sentenced to 30 years in prison. No one would represent her, much less for free. In 2009, Muñoz successfully argued that a medical examiner never established the cause of the baby’s death. The Supreme Court reduced Cristina’s sentence to four years. She had already served most of it and was soon released. It was the largest reduction in El Salvador’s legal history, he said.Last month, right-wing parliamentarian Ricardo Andrés Velásquez Parker introduced a bill that could increase the maximum penalty of abortion from eight to 50 years — the same as aggravated homicide. “I’m not against the rights of a woman,” he said. “But they end where her baby’s begins.”This widely-held belief has bred a culture where an informal collective of pharmacists and doctors work clandestinely, helping the majority of women who cannot afford to travel abroad or pay a private doctor for the procedure.“We’re forced to operate like criminals because that’s what we are according to the church and government,” said a 35-year-old pharmacist who said she has advised more than 300 women in the last 12 years in aborting pregnancies in their first trimesters using misoprostol. “We’re all facing a wall.”For the past several months, Muñoz has been preparing for the trial of 22-year-old Santos Elizabeth Herrera Gamez, who was arrested last year after she delivered her baby stillborn. Her trial was postponed twice. Last week they received rare good news from the court: she would be released due to a lack of evidence.“One day I hope these women won’t have to deal with this… one day this country won’t be in the dark ages,” said Muñoz. Just two days before, he received yet another call from the family of a 23-year-old woman whom he will represent in a few months. “Until then, they can all call me names…until then, I will just nod proudly.”SOURCE + PHOTO: New York Times, by Laura Bohn, 12 September 2016VIDEO 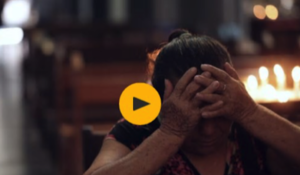