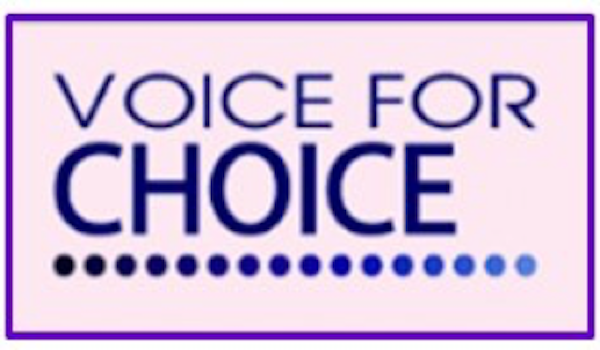 Voice for Choice, the UK’s national coalition of pro-choice campaigning organisations, has submitted a complaint to the Equality and Human Rights Commission (EHRC) regarding one of its Commissioners, Lord Shinkwin. Lord Shinkwin has introduced a Private Members’ Bill in the House of Lords that, if passed, would gravely violate fundamental human rights in pregnancy.

Lord Shinkwin was appointed a Commissioner by the Government Equalities Office earlier this year, and has since then been lobbying in public for the EHRC to take up the Bill. Voice for Choice is also concerned that this contravenes the code of conduct that comes with his role.

If the Abortion (Disability Equality) Bill were to become law, then the Abortion Act 1967 would be amended to stipulate that women would no longer have the option to end a pregnancy after 24 weeks when faced with a serious antenatal diagnosis. This includes cases where there is no realistic possibility of a pregnancy resulting in a baby able to survive after birth.

On multiple occasions, UN bodies have ruled that denying women abortion in cases of fatal fetal abnormality violates their human rights. The United Nations Human Rights Committee (UNHRC) has twice ruled that the denial of abortions in the Republic of Ireland in the case of a fatal fetal abnormality violated women’s rights to be free from cruel, inhuman or degrading treatment, and to privacy and equality.

As fetal anomalies are often only diagnosed at 18 to 21 weeks, amending current abortion law would have catastrophic implications for women who receive an antenatal diagnosis. Removing the ability to have such abortions post-24 weeks would force women to make a rapid decision at an incredibly difficult time and severely limit opportunities to engage with specialist healthcare professionals and third sector organisations. Women and their partners would be denied the support they deserve.

Jane Fisher, Director of Antenatal Results and Choices (the only national charity helping parents and healthcare professionals through antenatal screening and its consequences) said: “We speak regularly to expectant parents on our helpline who have been given devastating news from their 20-week scan and require further tests to gain as much information as possible on the implications for their baby. Without this ground for abortion, post-24 weeks, such parents would be put under intolerable pressure. Some would have to make a hurried decision to terminate at 23 weeks, foregoing further investigations, if they do not wish to carry a baby with a fatal or severely debilitating condition to term”.

Jayne Spink PhD, Chief Executive of Genetic Alliance UK said: “There are a significant number of genetic conditions that result in stillbirth or severe neonatal illness that prove lethal very early on in life. The quality of life of a child born with such severe health problems is extremely poor and the impact upon their parents and families can be enormous. What is usually a happy event, the birth of a child, is turned into a crisis. Such an experience can be so devastating that couples may choose not to try for another child. Reproductive choice remains an incredibly important option for women at risk of having an affected child. The Bill seeks to limit choice and in doing so will bring about avoidable harm.”

Lord Shinkwin has repeatedly spoken out about his Bill, …and has attacked the EHRC for not readily supporting his Bill both in the media and in Parliament. Voice for Choice believes that his behaviour has broken a number of codes of conduct that govern Commissioners’ behaviour, including that ‘Individual Commissioners… commenting on matters in their Commission capacity or on a topic within the Commission’s remit… will normally be expected to support [our established lines]. These protocols apply even where the request is made in a non-Commission capacity, as any comments made may nevertheless be linked back to the Commission. Commissioners… should also be clear to stakeholders and the media when they are speaking in a non-Commission capacity, and take care their actions do not compromise or conflict with the role as a member of the Board or Committee.’..

A spokesperson from Doctors for a Woman’s Choice on Abortion said: “If Lord Shinkwin’s Bill became law it would inevitably force some women carrying a fetus with a fatal or severely debilitating abnormality to continue with their pregnancy and give birth. This would be unspeakably cruel, with serious consequences for their mental health as well as the mental health of their partners and any existing children. There are also a number of fetal conditions such as severe hydrops where continuing the pregnancy seriously compromises women’s health and can even endanger their lives.

As doctors we are committed to doing the best for our patients. This Bill would seriously undermine our ability to fulfil this legal, professional and moral duty and at a time when women desperately need our help and support…