Home » News » VIETNAM – We did not talk about it (her abortion). It was not a happy story 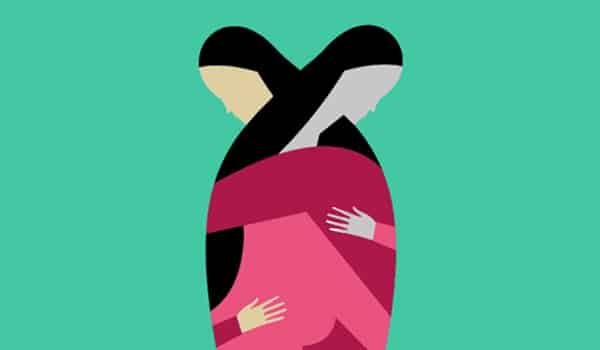 In Vietnam, abortion has been recognized as a women’s right in the early period of time under the Law on Protection of People’s Health in 1989. For 30 years, despite very few occasions that abortion and its legislation are up to debate, the effort of anti-abortion campaigners usually fails to achieve their restriction in the national assembly meeting.

However, this does not mean that safe abortion access is easy for everyone. We face issues of provider stigma, sexuality stigma, sex-selection politics and issues in the quality of abortion care.

In a 2018 article on sex selective abortion, MH Tran notes that there were several times women did not want to meet her for an interview without any explanation. One of the interviewees who is mother-in-law of a woman who has had an abortion said: ‘We knew about her abortion; we did not talk about it. It is not a happy story.’

Indeed, it was not a happy story to my mother as well, until she used it to defend me in the debate of abortion on Facebook. It was the time that I got massively called out as murderer after I gave my speech to support abortion care and to defend the current legal status of abortion in my country in 2015. The occasion was genuinely traumatic and depressing for me and after this incident, I am always more careful on social media. It is currently a working principle in the group to inform new young abortion rights advocates about the risk of being stigmatised due to the disclosure of their supportive opinions and messages about abortion in the digital sphere such as Facebook in Vietnam.

Just a few months ago, before the world was shaken up by the Covid-19 pandemic, the Vietnam Youth Action for Choice (VYAC) encountered numerous unexpected barriers in their efforts to support a woman to exercise her right to choose an abortion. The young woman traveled hundreds of miles from her home country, where abortion access is restricted, seeking safe and legal abortion care in Vietnam. Although abortion is legal in Vietnam as per the Law of People’s Health Care and Protection, she and her allies faced an extraordinary burden to securing her legally protected care.

Vietnam is recognized worldwide for its progress on sexual and reproductive health and rights, including a largely unrestricted abortion policy environment, detailed guidelines, and high-quality services. However, stigma persists among communities and health care providers. In early December, she contacted the VYAC network through our Facebook counseling services. She was 17 weeks pregnant and urgently seeking a safe abortion. Vietnam’s available and high-quality services seemed like her best answer.

After she travelled to Vietnam, VYAC identified the two biggest public hospitals in Hanoi as top options, given their policies both written and online that stipulate abortion services for 13-22 weeks gestation to be available and affordable. At the first hospital, she received an ultrasound to confirm the pregnancy’s gestation and then met with the doctors. To the dismay of our VYAC members, the doctors claimed they could not provide “that kind of abortion because it is terrible and she is bad”. Abandoning professionalism, the doctors raised their voice, shouting that if abortion is illegal in her home country, it was illegal for her here too. With the tense and judgmental environment, she burst into tears, and the volunteers escorted her out of the hospital.

Early discussions with the second hospital through VYAC’s advisor were more promising, with a doctor initially indicating they could provide the abortion there. By this time we began pursuing other options in Ho Chi Minh City and found a public hospital, which explicitly published in writing and online their abortion policy from 13-22 weeks gestation. But the doctor began by saying they could not provide an abortion and suggested that Sarah could check into the hospital, wait a month and then deliver prematurely, saying “after a month, if she has a premature birth and the baby is dead, the hospital will process it as a medical procedure. But if the baby is alive, she’ll have to take it back home with her”.

This shocked the VYAC team and they were forced to make the risky decision to engage with private sector hospitals, which legally could not provide abortions exceeding 12 weeks gestation. “We’ll pay any price, we need an abortion. There’s no going back without one”, she said. After rejecting a few options due to exorbitant costs, a director of a public ob-gyn hospital in the city finally agreed to help. However, the healthcare team again tried to avoid doing the abortion and then created barriers in the form of many documents to be completed in English and Vietnamese. The procedure was finally completed and the entire procedure cost nearly 1000 USD and un-measurable stress and trauma.

The VYAC team stayed by her side through the entire process and they were relieved that it had finally been done in a safe way, but this was a cruel awakening for many members of the team.

Such extraordinary efforts were required to provide a young woman with a safe abortion that she had a legal right to access. It’s possible that her case was uniquely challenging as a foreigner, but articles from Thanh Nien News suggest this may be the case for Vietnamese women as well.

With the current pandemic resulting in even greater barriers for women and young girls to move about and obtain clinical services, we need to consider the ways we can work to advocate for truly safe, legal and accessible abortion care in Vietnam – post-pandemic also.

In the meantime, our VYAC network of Youth Champions will continue fighting for abortion rights, one person at a time.

Authors’ note: The “VYAC team” includes young volunteers who are not VYAC members but immediately participated in supporting this case when VYAC reached out through social media and social activists’ networks in Hanoi and Ho Chi Minh City in December.