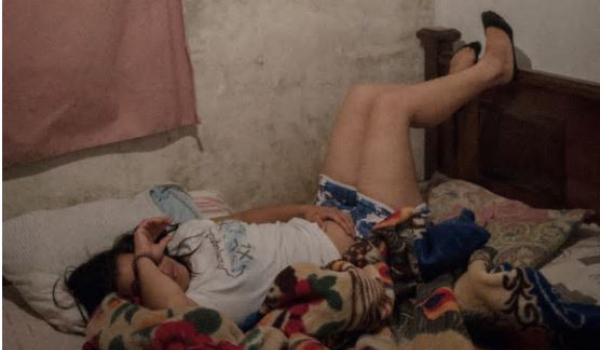 After barely surviving two illegal abortions, Beatriz sells birth control on the black market to help other women in Venezuela, as the economic and political crisis deepens. Contraceptives are in short supply in Venezuela, with most pharmacies sold out, so it’s largely up to black marketeers like Beatriz to supply them. And despite their exorbitant price tag, the pills remain highly sought after.

The current economic and political crisis in Venezuela is pushing women to make hard decisions about their bodies. A teenage pregnancy crisis had been growing for years, but deteriorating conditions inside the country have turned it into an emergency. Infant and maternal mortality rose 30% and 65%, respectively, between 2015 and 2016, according to the latest available data from the Health Ministry. Anxious about the lack of medical supplies, thousands of pregnant Venezuelans are trekking across the border into Colombia to give birth, overwhelming the hospitals there. But for the majority, leaving the country is not an option, and often, neither is protecting themselves during sex.

The number of abortions in Venezuela has grown in recent months, according to workers at family planning clinics and women’s rights advocates. Dozens of interviews with doctors, activists, and women revealed a growing abortion crisis, in which women often end up in hospitals with severe complications. “Women can no longer control their reproduction,” said Magdymar León, head of the Venezuelan Association for Alternative Sexual Education (AVESA). “It’s a critical situation.”

Beatriz, who has two daughters, and has been on birth control for years now, knows this well. She had an abortion six years ago, and despite taking all the precautions afterward, found herself pregnant again last November. As soon as she found out, Beatriz worked extra hours to make enough money to buy the pills she would need to carry out an abortion herself. Two weeks later, she was in the emergency room, fighting for her life. Back then, it was a gruesome ordeal. Now, years into the economic crisis, such abortions are not only frightening and dangerous, but also so expensive that they often leave women penniless. One misoprostol pill costs more than the monthly minimum wage. Inflation is expected to hit 10 million percent this year – so women must go to extreme lengths to find the medication.

Yuraima Martinez, who works at a family planning clinic in Caracas called Plafam, said that, despite the ban, they had received a record number of requests for abortions during the last two weeks of January. Thirteen of the 20 women who Martinez said were seeking abortions were motivated by “economic” reasons – they couldn’t support a child.

In three hospitals surveyed by AVESA, there were an average of 10 abortion-related entries every day last August. At one of those, a doctor said even the most basic medical equipment is often stolen, let alone what is needed to treat a woman who has complications related to an abortion attempt. The doctor said there has been a significant increase in patients requiring dilation and curettage during the last year. Many of them either attempted a home abortion that had gone wrong, or had lost their baby due to malnutrition.