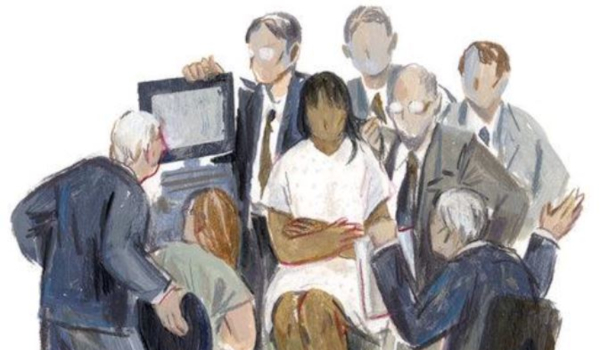 A few recent news stories from the USA serve as reminders that an awful lot of people lack even a basic understanding of the female body. Yet some of these people get to make and shape the law.

There was the lawyer in Alabama who tried to justify an extreme anti-abortion bill that he helped draft by arguing that after a man and a woman have sex, “you can take her straight into a clinic and determine whether an egg and sperm came together.” So the idea of this bill is that any woman should be able to get an abortion within two weeks of fertilization, which is the cutoff point under the bill…. [This lawyer] might also want to consider the logistics of sending millions of women for in-clinic pregnancy tests immediately after they have sex. But that’s a story for another day.

There was the lawmaker in Idaho who asked at a legislative hearing whether a woman could get a gynecological exam by swallowing a tiny camera.

And the Texas state representative who seemed to think that abortion providers cut into women’s bodies. (That’s a caesarean section.)… And the other Texas lawmaker who said that while getting a rape kit exam: “The woman can get cleaned out” to end her pregnancy. (That’s not what rape kits are for.)

And, of course, this infamous observation from Todd Akin, then a Missouri congressman: “If it’s a legitimate rape, the female body has ways to try to shut that whole thing down.” (Where even to begin?)