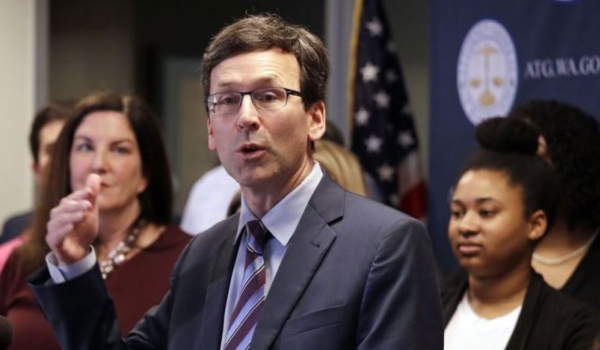 Donald Trump has once more managed to create new obstacles for US women seeking abortions, by forbidding family planning clinics that are funded from public money from making abortion referrals or being housed in the same location as abortion providers. This new regulation has just been instituted by the so-called Health and Human Services Department.

Trump has declared war against the Planned Parenthood Federation of America and if he has to use something unconstitutional or unethical to wage it, it doesn’t seem to matter. The American Medical Association (AMA) has warned that this policy could have an impact on low-income women dependent on publicly-funded health services, far beyond abortion, potentially affecting their access to other sexual and reproductive health care services, including birth control, cancer screening, and testing and treatment for sexually transmitted infections. Yet US government-funded family planning programmes do not pay for abortions provided in these clinics anyway.

“This threatens to compound a health equity deficit in this nation,” AMA president Barbara McAneny said in a statement. “Women should have access to these medical services regardless of where they live, how much money they make, their background, or whether they have health insurance.”

Women’s groups, organizations representing all the clinics that will be affected, and Democratic Party-led states are all expected to sue the government to block the policy from going into effect. The National Family Planning and Reproductive Health Association said it would sue separately.

The Attorney General of the state of Washington, Bob Ferguson, has filed nearly three dozen other lawsuits against the Trump administration to date, which gives a good idea of how many bad policies must already have been thrust on US states. Ferguson said on 25 February he would sue to challenge these new obstacles for women seeking abortions, calling it “a transparent attack on Planned Parenthood”. Across Washington state, 14,000 patients received federally funded services in 2017 at 85 clinics, many of them operated by Planned Parenthood.

Ferguson said the policy violates the Affordable Care Act, which protects providers and patients from government interference in the health care relationship, and a federal law that requires doctors to provide information about abortion and prenatal care to patients in an unbiased manner. It also violates doctors’ right to free speech and women’s right to an abortion under the Supreme Court ruling in Roe v. Wade 1973.