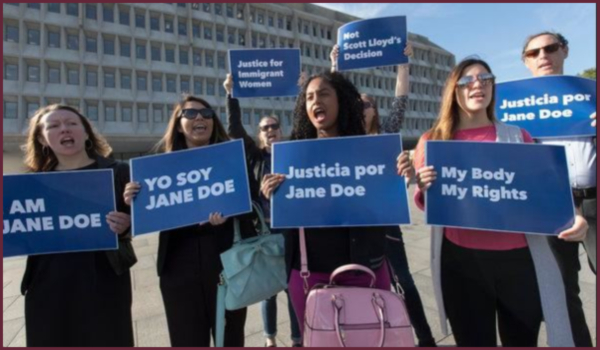 The Trump administration is again claiming authority to block access to abortions sought by undocumented immigrants under age 18 who are in “custody”. The Justice Department actually argued before a federal appeals court that the government “has a strong, legitimate and profound interest in the life of the child in the womb”. Brigitte Amiri, who is with the American Civil Liberties Union and is the lawyer for the young women, said that federal efforts to restrict their access to abortion were “blatantly unconstitutional,” and that Congress had never given the administration “statutory authority to veto a minor’s abortion decision.” The legality has been bouncing around in the federal courts all year, with anti-abortion personal opinions trumping proper interpretation of the law. At least 12 immigrant minors in federal custody had requested access to abortion or information about it since a ruling supporting teen’s right to seek abortions in March 2018, according to Brigitte Amiri.