Home » News » USA – The good surprises of my two abortions: the story behind 2+ abortions @AboboBravado 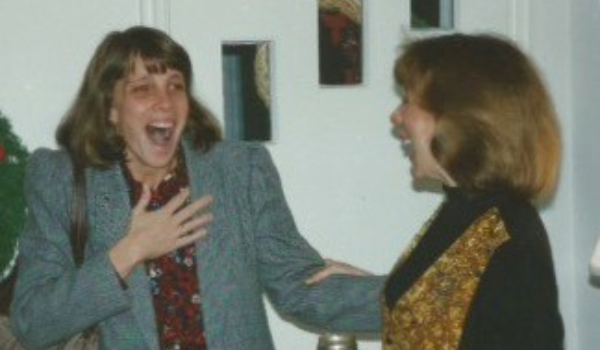 This is a picture of me when I realized my friend Martha had orchestrated a surprise birthday party… and everyone… kept the party a secret. But here’s the thing. I had my own secret, and it wasn’t delightful. Soon enough, my constant companion named Shame would lean in and whisper into my ear: “You had two abortions. If they knew, they wouldn’t have come to the party. They wouldn’t even want to be near you.”

Shame has harassed me since the age of 13, when I became pregnant through unloving sex that I barely comprehended. My parents arranged an abortion and told me I must never talk about it to anyone. In the years after, I noticed that the only people talking about abortion were people who said it is murder, which hurt me deeply. At 19, I needed another abortion during an emotionally abusive relationship with a man who did not want to be a father. I was horrified and disgusted with myself. One abortion was bad enough, Shame said. What kind of monster has two? I was certain that no one else had ever had two abortions. Why would I think otherwise? You are a very bad person, Shame said. No one else on earth is as bad as you.

Recently I learned that 45 percent of US abortion patients have had one or more prior abortions. Many of them here and abroad live in silence and isolation, feeling an extra level of shame.

I started a Twitter account called 2+ Abortions @AboboBravado in hopes of helping them understand that they are not alone and they are not bad. This is the story of the long road leading to this project of love…. [continues]