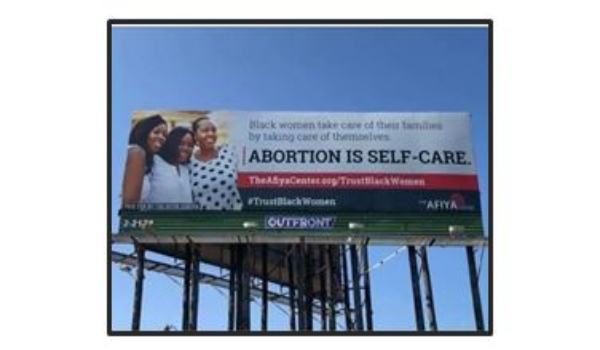 A pro-choice billboard was recently put up by the Afiya Center in Dallas that says: ‘Black women take care of themselves by taking care of their families’. In response, an anti-abortion group put up a billboard that claimed abortion was not healthcare, hurts women and murders their babies. So the Afiya Center put up the billboard above and wrote: “We believe the only people who can make decisions about women’s bodies are women themselves… Our work is rooted in fighting to change the harmful reproductive health and abortion policies that directly impact the lives of Black women.”