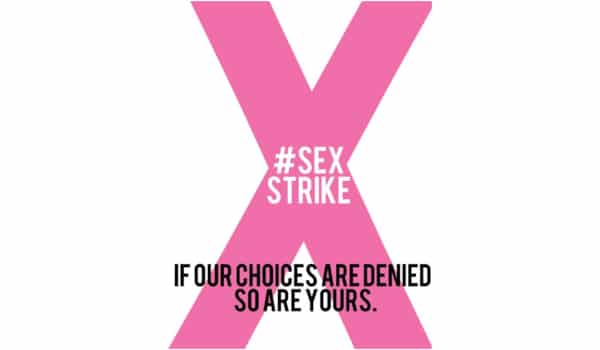 On 11 April 2019, the US state of Ohio outlawed abortions unless the pregnant woman’s life is at risk as soon as a fetal heartbeat can be detected, which the anti-abortion movement has decided is at 6 weeks of pregnancy. The law actually allows for the use of transvaginal ultrasound scans to detect a fetal heartbeat even earlier in a pregnancy. Rape by proxy, perhaps?

It seems the Ohio legislature has spent a lot of time passing bills against abortion. In 2018, they banned dilation & evacuation for second trimester abortions, a method approved by the World Health Organization. This was stopped from being implemented by a federal judge. In March 2019, the Ohio Senate passed a bill requiring the burial or cremation of fetal remains.

The American Civil Liberties Union (ACLU) of Ohio announced that they will sue to stop the heartbeat law being implemented. State Rep Ron Hood, a supporter of the bill, was reported to say: “Will there be a lawsuit? Yeah, we are counting on it. We’re excited about it.”

Then there’s Georgia. In the first week of May 2019, they passed a law that says: “Unborn children are a class of living, distinct persons.” It limits abortions to the first six weeks of pregnancy, and women who have miscarried could be investigated by the state to determine whether their pregnancy ended unintentionally or with the help of a doctor or an abortion pill. More poking up vaginas?

Then Alabama followed suit on 14 May. That bill bans abortion except to avoid a serious health risk to the woman, if the pregnancy is ectopic or in cases of a lethal fetal anomaly. Exceptions for rape and incest were voted down. The anti-abortion governor who signed the bill into law on 16 May did so in the hope the US Supreme Court will rule on it. She may be disappointed, however.

In a brilliant interview, journalist Isaac Chotiner of the New Yorker spoke with Linda Greenhouse, a lecturer in law at Yale Law School and a journalist who covered the Supreme Court for decades and won a Pulitzer Prize for her reporting there. She recalled that the Republican Party was pro-choice in the 1960s, even before Roe v. Wade. Her view in a few words is: “I don’t think these laws per se are challenges to Roe because they’re so extreme. I actually think the challenge to Roe will come with ostensibly milder measures that will let the courts find cover in seeming not to be extreme even though these laws can have the extreme effect of destroying the abortion infrastructure and cutting off access for most women.” She went on to say: “…Laws like this have almost nothing to do with the fetus, or the embryo, or the fertilized egg, and everything to do with the role of women in society today. It’s all about the dignity and agency of the female half of the population”. Her analysis of what is likely to happen is well thought out and argued, and worth reading in full.

In the face of this onslaught, alongside the legal challenges to these and other laws by groups like the ACLU, the abortion rights movement is also on the move. A march will take place in Montgomery, Alabama on 19 May. And a website called #Stop the Bans has been set up by Indivisible, NARAL and other partners, who are calling for action in all 50 US states.

Several days ago, actress Alyssa Milano also decided enough was enough. She tweeted: “Our reproductive rights are being erased. Until women have legal control over our own bodies we just cannot risk pregnancy. JOIN ME by not having sex until we get bodily autonomy back. I’m calling for a #SexStrike. Pass it on.”

Will she start a national strike? It seems not. Social media voices said it plays into conservative/anti-abortion rhetoric of sexual abstinence. What? There’s no connection whatsoever between going on strike and abstinence. Don’t pooh-pooh it! Aristophanes portrayed women holding a sex strike to achieve peace in ancient Greece in the play Lysistrata. And in Iceland in 1975, a one-day gender equality strike achieved a great deal indeed. See Wikipedia for comparable reports from nine other countries too.