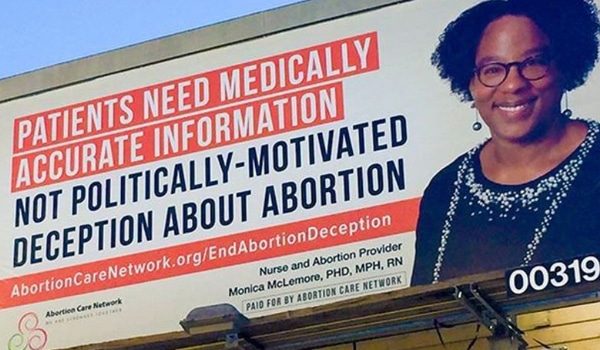 Amongst the seemingly endless anti-abortion efforts to destroy theprovision of safe, legal abortion in the USA, has been an unproven claim thatit is possible to reverse the abortifacient effects of mifepristone by takingprogesterone. As the editor of this newsletter, I decided against reportingthis up to now because the only “evidence” put forward (by a handful ofanti-abortion doctors in the USA) was and has remained too thin to draw anyconclusions from it, based literally on a handful of cases and without acontrol group. Unfortunately, the European Journal of Contraception andReproductive Health Care published the study in December2017, giving it a veneer of scientific respectability that it did notdeserve. Some anti-abortion politicians in the USA, who weren’t apparentlyconcerned about the lack of evidence, put laws through the nationallegislatures of eight US states requiring doctors to offer “abortion pillreversal” to any woman who had taken mifepristone, but not yet taken themisoprostol 24 hours later (if she changed her mind). I wrote a commentcriticising the article, which was published in April 2018: Response to “Progesterone for preventing pregnancytermination after initiation of medical abortion with mifepristone”:what’s the real point here? Eur J Contracept Reprod Health Care 2018 Apr;23(2):169. The original article was not removed but “corrected”.

Both health professionals and women need medically accurate information.Anti-abortion politicians have been trying to interfere in the relationshipbetween abortion care providers and their patients for years. If you want tosee the extent to which the “reversal” movement has sought to influence womenwith unwanted pregnancies in the USA, go to Google, click on “images”, type in“abortion pill reversal” and scroll down and down and down some more.

US abortion providers and abortion rights advocates debated how toaddress this problem for a long time. Lousy science was bad enough; but theneed to challenge state laws that made “reversal” an option that had to be discussed inmandatory pre-abortion counselling, without evidence that it is safe oreffective, was far worse. It was finally decided that rather than simply rejectthe weak evidence because it was not credible, it was necessary to do theresearch and prove whether the claims were correct or not. Dr Mitchell Creinin, professor of obstetrics and gynaecologyat University of California at Davis, was the lead researcher on the study.

The study wasdesigned as adouble-blind, placebo-controlled, randomised trial with 40 patients who werescheduled to have surgical abortions. The aim was to test the effectiveness of“abortion pill reversal”, that is, whether taking a high dose of the oral hormone progesterone can stop amedical abortion after a patient has completed the first part (mifepristone) ofthe two-step (mifepristone + misoprostol) process. They enrolled participants from February to July 2019,but stopped enrolment early, after 12 patients, because of safety concerns.This is what happened:

Mean gestational age was 52.5 days. Before their surgical abortion procedures, the women receivedmifepristone. They were then randomly assigned to receive either a placebo orprogesterone. The study was stopped because three women required ambulancetransport to a hospital for treatment of severe vaginal bleeding. Of the three,one had taken progesterone after mifepristone; two had taken a placebo.

The researchersdecided the risk to women of participation was too great to continue with thestudy. Dr Creinin said: “Encouragingwomen not to complete the [mife+miso] regimen should be consideredexperimental… We have some evidence that it could cause very significantbleeding.” Because the studywas stopped, it was unable to show what, if any, effectiveness progesterone hasin reversing a medical abortion. But it did find evidence that use ofmifepristone alone could cause harm – in the form of very significant bleeding. Hence,there is even more reason to reject suggestions to try “reversal”. Instead,women need to be sure they want an abortion before they use the pills.

PS. The safety and effectiveness of mifepristone +misoprostol for medical abortion has not been questioned or challenged in anyway by any of this research.