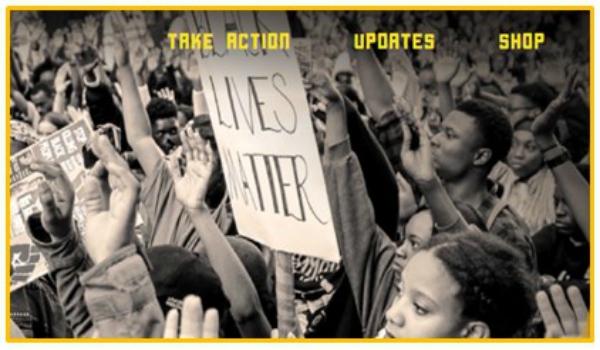 I’m Katie. We crossed paths briefly earlier this year outside of the Feminist Women’s Health Center in Atlanta. I was the Black woman, in all black with my hair in a bun: as if I were dressed for a funeral and a fight. I was afraid to walk past you, a large white man sporting a trucker hat and spewing hate through a megaphone.

Your companion, an older white woman with a kitten on her shirt, had a markedly different tone as she addressed patients. “Please … please don’t kill your baby, ma’am. We can help.”

Do you practice this routine? Good cop, bad cop: the harassing strangers edition. Is it effective? Do you protest this clinic exclusively, or are you traveling propagandists?

As I got closer to you, you paused your chorus of general insults and dropped your megaphone to focus specifically on me: “You say ‘Black lives matter,’ and go kill your Black baby. Black lives matter more to me than they ever will to you.”

Fighting words – well-worn ones at that. Across the nation, your fellow anti-abortion protesters have tried to twist and contort the call to support Black lives into efforts to suppress Black autonomy. This is a tired tactic. After “Black Lives Matter” became a mainstream rallying cry, uninformed people like yourself increased the volume of existing rhetoric linking abortion to slavery and genocide. We’ve been here before: Your comrades thought you were clever when you posted a billboard in New York stating that the most dangerous place for an African-American is in the womb, and have continued to do so around the country. You and your ilk refuse to say “Black Lives Matter” in other instances, but effortlessly created the hashtag #UnbornLivesMatter.

Black lives matter to me beyond birth. Black lives haven’t ever mattered to self-important white men like yourself. Black women have been making hard decisions for themselves and their families’ well-being for a long time. Most of these decisions wouldn’t exist without the omnipresent foot of white supremacy pressing on our backs.…

Would you feel as if your noble efforts were wasted if my Black baby never reached the age where you could lock her up or shoot her? Across the United States, Black infants die at a rate twice that of white infants. And most of those babies come from poorer, less educated families headed by Black women. Families like mine.

When you said you care more about Black lives than I ever will, did you include my Black life?…

You must spend Sunday helping the Black people who are already here because you care about our lives. Real Black lives, not the hypothetical kind. Right? Am I right?…

Immigrant minor held ‘hostage’ by Texas because she wants an abortion

An unaccompanied immigrant aged 17 at a Texas shelter is being prevented from accessing abortion care by the Office of Refugee Resettlement (ORR), the federal agency overseeing migrant youth crossing the US-Mexico border without a guardian.

Brigitte Amiri, a senior staff attorney with the American Civil Liberties Union (ACLU) Reproductive Freedom Project, is seeking a temporary restraining order today to allow her to access an abortion. She had been granted a judicial bypass from a Texas judge, allowing her to have an abortion, because her parents were not willing or able to provide consent. However, the girl has had to cancel two abortion appointments because officials are refusing her transportation to the medical facility and refusing to allow her to leave the shelter with her guardian for the purpose of obtaining an abortion.

The federal government also stepped in to block her from being transported to a clinic, according to the ACLU. They instead required her to visit a religiously affiliated crisis pregnancy centre to undergo counseling to continue the pregnancy. She was required to have a sonogram conducted by non-medical personnel against her will.

“At that point, they’re holding her hostage,” Hays said, explaining that in Texas, if you miss your appointment, you have to schedule another for the following week because abortions are only provided twice a week and cannot be rescheduled for the following day.

“We’ve learned that officials with ORR are asking her what she’s going to name her baby and even though she has a bypass, which gives her the right to consent to her own abortion care without telling her parents, officials with ORR informed her parents in her country of origin and they are haranguing her to talk to her mother.”