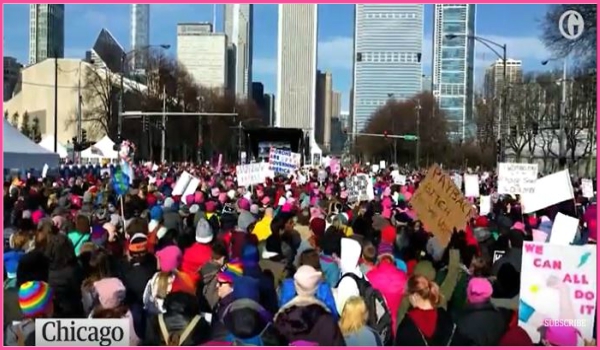 Tens of thousands turned out in Washington, New York, Los Angeles, Philadelphia and hundreds of other cities across the US and the world. Many women again wore pink knit “pussy hats”, now a symbol of the Women’s March and the resistance to Trump, who boasted a year ago about “grabbing pussy” and has not yet been held accountable for it.

Throughout President Trump’s first year in office, social conservatives in the administration and Congress mounted an all-out assault on people’s ability to obtain comprehensive reproductive health care in the United States and abroad. Despite coming up short in many respects, policymakers did considerable harm while also signaling their intentions for further attacks in the years ahead.

Yet many of his efforts to cause havoc, remove or deny or sabotage services, ignore or undermine constitutional and human rights – whether for insurance coverage, contraception services, abortion access or sex education – are described by the authors as having collapsed, or as a threat that has not yet been implemented. Not all. Some, like bolstering discredited abstinence-only programmes have gone through. Perhaps worst is the successful nomination in April 2017 of conservative Neil Gorsuch, whose independence remains to be tested, to the US Supreme Court. The picture is exceedingly gloomy, but the fightback is strong too. And let’s not forget the Global Gag Rule.