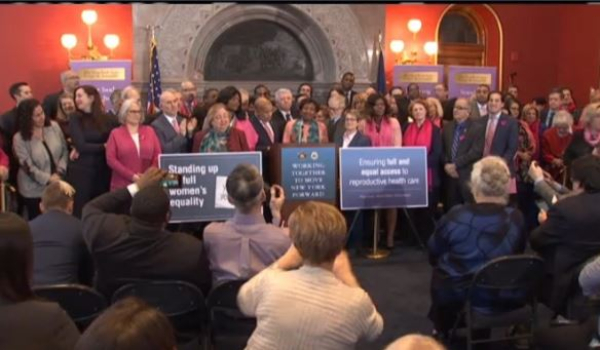 Reproductive rights advocates in New York, Massachusetts and other progressive states are launching campaigns to ensure access to abortion services in their states, in anticipation of further restrictions in conservative states. This is part of a nationwide strategy by Planned Parenthood, American Civil Liberties Union, and NARAL Pro-Choice Massachusetts in case the Supreme Court overturns the 46-year-old Roe v Wade ruling that made abortion legal. The New York Reproductive Health Act removes the need for a doctor to perform some abortions and takes abortion out of the criminal code, making it a public health issue. It also allows abortions after 24 weeks in cases where there is an “absence of fetal viability, or the abortion is necessary to protect the patient’s life or health”. This is being deliberately misinterpreted by anti-abortion people as allowing abortion to birth. New York Governor Andrew Cuomo said that as Washington wants to restrict women’s rights, New York would move to protect them.