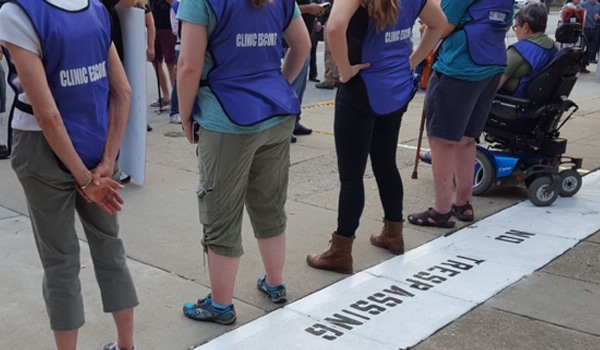 The NAF website opens as follows: “One of the greatest public health achievements of modern medicine was the legalization of abortion, which resulted in at least a 90% reduction in abortion-related deaths. Today women can be assured that abortion is one of the safest and most commonly provided medical procedures in the United States. However, the medical community did not step forward to accept abortion practice when it was legalized by theRoe v. Wadedecision in 1973. Instead, the National Abortion Federation has filled this gap by providing standards of care, protocols, and clinical education to health care professionals.”

NAF was founded in 1977 following the first national symposium on abortion after the Supreme Court’s ruling. Over the years, NAF has expanded its remit, which now includes:

In 1979, they established a national, toll-free, multilingual Hotline (1-800-772-9100), which provides personal and confidential information about abortion, referrals, and case management support for women with special needs.

They were among the first medical organisations to adopt the new evidence-based model of practicing medicine with publication of the firstClinical Policy Guidelineson abortion care in 1996.

Since 1990, they have convened four national symposia on critical abortion issues, including the shortage of abortion providers, the role of advanced practice clinicians in abortion care,bridging the gap between abortion training and abortion provision, increasing access to abortion for women in diverse communities, and overcoming barriers to access.

In addition, NAF took the lead in introducing mifepristone in the US, and educating providers in its use for early abortions.

NAF also opposes restrictions on abortion access at both the federal and state levels.

NAF members often work in a hostile environment with challenges that few other medical professionals face. They are often targeted for aggressive harassment from anti-abortion protesters, and many have experienced acts of violence carried out by extremists. NAF offers abortion providers the professional support they need to help them deal with security threats and the isolation they often experience in their field of medicine. They advocated for the passage of theFreedom of Access to Clinic Entrances (FACE) Act for these reasons.

Since 1977, there have been 11 murders, 26 attempted murders, 42 bombings, 189 arsons, and thousands of incidents of criminal activities directed at abortion providers.

On 30 July 2020, NAF released their 2019 statistics on violence and disruption against abortion providers. The statistics show a disturbing escalation of intimidation tactics, clinics invasions, and other activities aimed at disrupting services, harassing providers, and blocking women’s access to abortion care. They expect this escalation will continue as the election gets closer. Anti-abortion protesters have even continued to gather outside clinics without masks and approach and yell at patients as they enter health care facilities.