Home » News » USA: FROM BAD TO WORSE AND WORSE 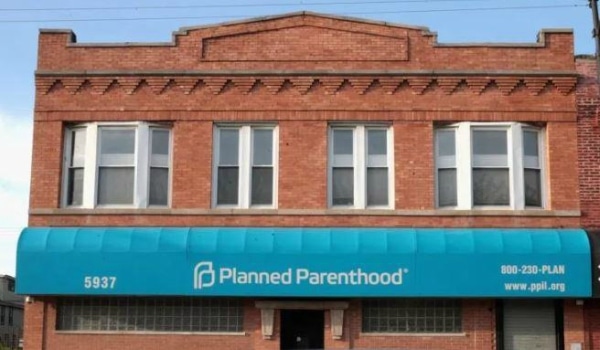 The US Department of Health and Human Services’ new “domestic gag rule,” effective from 19 August 2019, requires that all health care providers in the $286 million Title X programme, which funds services for the poor, must not refer patients to abortion providers. If facilities do offer abortion care, it must be physically and financially separated from other services. The Planned Parenthood Federation of America, which serves 1.6 million recipients of Title X funding and the largest provider of comprehensive reproductive health care for poor women in the USA, refused to sign.

Alexis McGill Johnson, Acting President/CEO, said their nationwide network of health centres would remain open and strive to make up for the loss of federal money. But she predicted that many low-income women who rely on their services would “delay or go without” care.

The consequences have been immediate and dire for poor women. In Cleveland, a mobile clinic that tests for sexually transmitted diseases has reduced its hours and may shut down. In Minneapolis, women and girls eligible for free check-ups must now pay as much as $200 per visit on a sliding fee scale. And in West Virginia, employees are marking boxes of birth control pills “Do not use” because they were paid for with federal grants. In 13 states, more than 40% of women receive services from Planned Parenthood. A sharp rise in unwanted pregnancies is predicted.

Some states, including Washington, California and Maine, are challenging the rule in court and have pledged to make up the difference in funding as long as they can.

The National Health Law Program has just published a report showing there is a lack of clarity on state-level abortion coverage under Obama’s Affordable Care Act in Delaware, Iowa, Minnesota, Nevada, West Virginia, and Wyoming. These states have all failed to indicate whether they cover abortion beyond circumstances of rape, incest, or life endangerment, which if true violates the Supreme Court 1973 ruling on abortion.

After Alabama near-abortion ban attempt, a flood of confusion and phone calls

Almost daily, the Reproductive Health Services clinic receives several versions of the same call: “Are you still doing abortions? Have they outlawed it in Alabama? Where can I go?” The confusion is understandable. In May, the governor signed a law that outlaws all abortions except when the woman’s life is at risk. However, the measure was not scheduled to go into effect untilNovember,and it is now involvedin a legal challenge by the American Civil Liberties Union and Planned Parenthood on behalf of thethree clinicsin the state still offering abortion services.

When legislators in Tennessee debated a bill earlier this month that would ban abortion as soon as a pregnancy can be detected, two anti-abortion groups opposed the ban because they finally woke up to the fact that it might well not stand up in court, or at least a court worthy of the name, and they didn’t want to take the risk.

A new poll on “Gender Equality, the Status of Women and the 2020 Elections”, carried out by the Supermajority/Perry Undem National Survey of 1,912 likely voters in the 2020 national elections found major differences between self-identified Democrats, Republicans and independents, between men and women, and between people of different age/colour/ethnic backgrounds. In sum:

1. Many voters are angry and worried about the state of women’s rights and gender equality in the country.

2. Women across nearly every demographic segment are more likely to think President Trump has made things worse, rather than better, for women.

3. Women voters connect a number of issues to gender equality, including violence against women, equal pay, paid family leave, and access to abortion.

4. The recent abortion bans aggravated and elevated feelings about the state of women’s rights.

6. Democratic voters are more unified and mobilized around abortion than Republican voters are.

7. The way women are treated in society is a top voting issue for Democratic women voters, but not Republican women voters.

US woman faces prosecution for selling abortion pills from home

In February 2019, Food & Drug Administration agents showed up at a woman’s door in New Yok City with an arrest warrant and seized her computer and phones, her daughter’s iPad, boxes of medical abortion pills, and a dozen pill packets that she was about to mail. She reportedly sold abortion pills to more than 2,000 people over two years. She has been indicted on federal charges of conspiracy to defraud the United States and introducing misbranded drugs into interstate commerce. If convicted, she could face up to eight years in prison.

It started in 2012, after she posted her experience on her blog of terminating a pregnancy using pills that she had bought online. Four years later, she found herself providing abortion pills to others who needed them, including a teenager who was afraid to tell her parents that she was pregnant and a woman who hid her abortion from her abusive partner.
SOURCES: Reason, by Elizabeth Nolan Brown, 20 August 2019 ; Rewire, by Imani Gandy, 9 August 2019