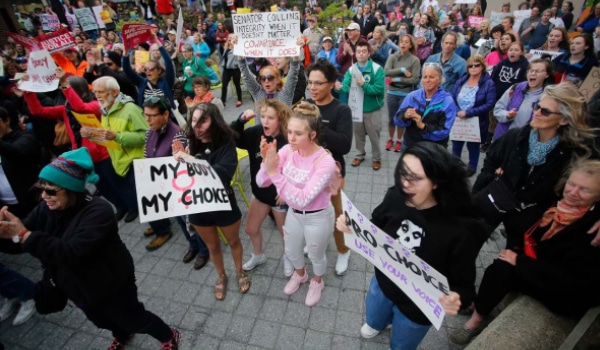 Everyone is reporting that aggressive anti-abortion restrictions have been passed in numerous US states, especially in recent months. Less reported is the good news that, following the positive changes in the law in New York state, which we reported earlier this year,New York City officials announced on 14 Junethat they would allocate $250,000 to pay for low-income patients to have abortions. Moreover, four other US states have also liberalised their laws this year. In fact, about a quarter of the provisions to expand abortion access since 2011 have passed in the past three weeks alone, according toan analysis by FiveThirtyEight. Thus, a different kind of civil war has begun in the USA between stations.

In early June, Maine’s Democratic Governor Janet Mills signed into law two bills: one that will expand abortion access in the state by allowing nurse practitioners and physician assistants, as well as doctors, to provide abortions. This law will increase the number of clinics able to provide abortion services. Then she signed a second bill that will require public and private insurance plans in the state to cover abortions. The new law will have an especially big impact on Maine’s many rural residents, who may live far away from clinics staffed by doctors.

In Illinois, on 12 June, DemocraticGovernor JB Pritzkersigned into law the state’s Reproductive Health Act, which makes reproductive health care, including abortion, contraception and maternity care, fundamental rights in the state. The law protects access to abortion up to 24 weeks’ gestation and after that if deemed medically necessary by a doctor. The change ensures that abortion will remain legal in Illinois even ifRoe v Wade, which established the right to an abortion nationwide in 1973, is overturned. The law also requires public and private insurance plans in the state to cover abortion, and allows advanced practice nurses and physician assistants to provide the procedure. Doctors, e.g. from Physicians for Reproductive Health, and reproductive rights advocates have praised the legislation.

In Vermont on 10 June, Republican Governor Phil Scott signed into lawa bill that, like the Illinois law, makes abortion and other reproductive health care a fundamental right in the state. The Vermont law goes beyond the Illinois measure because it protects abortion access throughout pregnancy, including after viability.

The Trust Nevada Women Act, signed by Democratic Governor Steve Sisolak in May this year, removes a number of restrictions on abortion. It gets rid of a requirement that doctors tell patients about the “emotional implications” of an abortion, eliminates criminal penalties for patients who manage their own abortion without the advice of a doctor, and removes a requirement that doctors ask about a patient’s age and marital status before proving an abortion.

“With our reproductive rights under constant attack across the country, we are proud that Nevada legislators voted to ensure that Nevada women and families are able to make the best decisions for their health and well-being,” said Caroline Mello Roberson, the state director of NARAL Pro-Choice Nevada, which advocated for the law, in a statement last month.

Also this month, on 15 June, the Governor of the Hawaiian island of Guam, Lourdes Leon Guerrero, the first female governor of the island, said she was concerned that a lack of abortion access in the territory means women will be forced to seek illegal or dangerous alternatives. She has developed a plan to recruit abortion providers to the island. Government records show that there were about 250 abortions a year on Guam from 2007 to 2017., but no abortions have been reported on Guam in the past 12 months.