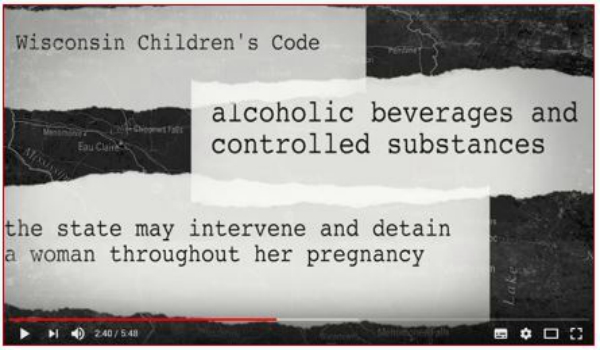 On 19 June, a three-judge panel of the US Court of Appeals for the 7th Circuit vacated a well-reasoned decision by a federal district court that had struck down Wisconsin’s so-called Unborn Child Protection Act (Act 292) as unconstitutional. The appeals court panel avoided grappling with Act 292’s numerous constitutional problems by ruling that the woman challenging it could not continue to do so because she had moved out of the state.

Lynn Paltrow, Executive Director, National Advocates for Pregnant Women (NAPW), said: “As a result of this decision, women in Wisconsin who are pregnant and seek health care must continue to fear that the government will detain them, force them into treatment, and even send them to jail if they use – or even disclose past use of – alcohol or a controlled substance.” This law was passed 20 years ago by anti-choice activists, who claimed that it would address the fabricated problem of “cocaine moms”.

This is the second time that a federal court has prevented a Wisconsin woman from challenging this law, while avoiding ruling on the constitutionality of the law itself. The appeals court does not address any of the evidence presented previously to the district court. It ignores fundamental questions of whether Act 292 is constitutional in its wording, procedures, or in authorising the state to lock up pregnant women who are not represented by legal counsel and without requiring any diagnosis or qualified medical evidence. The opinion merely denies a particular woman the opportunity to bring the challenge, despite her having diligently pursued 3.5 years of litigation and presented an extensive case on how Act 292 strips pregnant women of their constitutional rights.

See two videos, one from February 2018 and the other from June 2018, about the two women who have unsuccessfully challenged the law after being arrested, jailed and forced into treatment they did not need while they were pregnant. While NAPW are considering whether to pursue further legal action, they are planning a grassroots strategy to oppose Act 292, led by their allies at Reproaction.