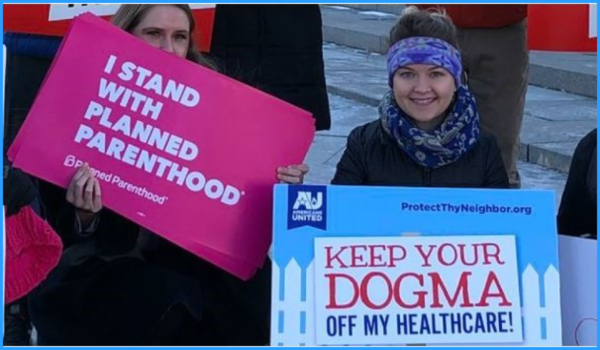 This excellent article describes the author’s analysis of one of the many covert forms of sabotage of health and health care that was initiated Mr Trump in January 2018. The article is available to read in full.

In January, the US Department of Health and Human Services (HHS) announced the creation of its Conscience and Religious Freedom Division, explaining that it will allow HHS’s Office of Civil Rights to “more vigorously and effectively enforce existing laws protecting the rights of conscience and religious freedom” and will ensure that “no one is coerced into participating in activities that would violate their consciences, such as abortion, sterilization or assisted suicide.”1 Responses were as expected: religious conservatives hailed the new division as a needed intervention; public health and clinical leaders and advocates decried it, worrying about its impact on access to care and harm to patients.

HHS leaders’ comments to date suggest that they are uninterested in discrimination against health care providers whose consciences compel them to provide care, and uninterested in injuries to patients caused by care refusals. This framing makes conscience yet another issue dividing Americans, largely along partisan lines.

Conscience, however, is not inevitably divisive. The 1973 Church Amendment, proposed by liberal Democratic Senator Frank Church (ID), articulated the first conscience protections for health care workers and had nearly unanimous congressional support. It included discrimination protections for workers who participated in contested care, not just those who declined to do so. As historian Sara Dubow suggests, its passage reflected a brief moment in which bipartisan collaboration on abortion was possible and U.S. politicians sought common ground. The amendment recognized and held the tension between abortion as a new, fundamental right for U.S. women and the reality that some health care providers could not in good conscience participate in it.

I feel an angry argument building in response to HHS’s one-sided framing. But I resist it. Because my challenge these days is to avoid further entrenching polarized positions and to reject the divisiveness that poisons contemporary life. Is it possible, once again, to hold in tension seemingly opposite ideas about abortion? Can we understand abortion as both something that “stops a beating heart” and a fundamental right, rather than insisting it’s only one or the other? The effort to hold this tension might begin with health care providers, because we hear the stories of our patients, who are experts at managing this balance, and because on-the-ground caregiving experiences are far more nuanced and complex than polarized rhetoric reflects. Insofar as health care providers edit and curate lived (real-life) experiences to fit the scripts of political movements, we further polarize issues. And, as I suggest here, we undermine the formation and development of conscience itself….