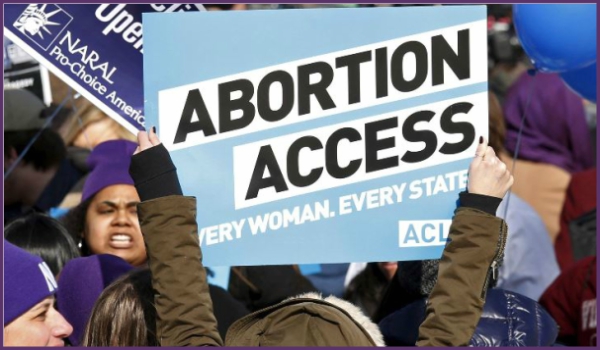 In 1973, the US Supreme Court recognised the right to abortion as a matter between a woman and her doctor. But abortion rights never really stopped being under threat. One of the latest moves against them comes from the government’s tax bill of 2017, which uses the label “unborn child” for fetuses, a terminology coming straight from anti-abortion advocacy that recognizes personhood before birth, opening the way to criminalizing abortion.

In 2013, an important study of nearly 1,000 women found that the most common reason for having an abortion was financial, followed by it not being the right time to have a baby, and reasons related to the partner, who might be absent, unsupportive or abusive.

A new study in the American Journal of Public Health provides further evidence for these claims, showing not only that it is often lower-income women who decide to have abortions, but also because being denied an abortion is linked to long-term consequences affecting poverty status. The research was led by Diana Greene Foster, of the Brixby Center for Global Reproductive Health, University of California San Francisco. They followed 813 women for five years who requested an abortion in 30 clinics across the US between 2008 and 2010, and recorded their socioeconomic situation and whether they had had an abortion or were denied one.

The women who were denied an abortion and gave birth had significantly different socio-economic trajectories to those who had had an abortion, in that they experienced more economical hardship than the others. Although the majority of women were already living in poverty when they entered the study, carrying an unwanted pregnancy to term was associated five years later with a fourfold increase in the likelihood of living below the federal poverty line.