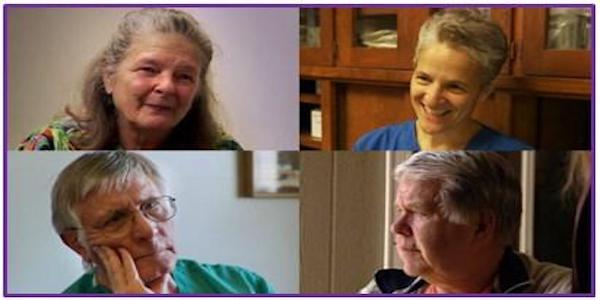 One of only a handful of clinics in the United States providing late abortion care, Germantown Reproductive Health Services in Maryland, may be closing its doors after the owners reportedly sold the facilities to an anti-abortion organisation. The clinic will be replaced by an anti-choice “fake clinic” if the sale goes through, according to the Washington Post. The aim of fake clinics is to attract women seeking an abortion in order to try and talk them out of it.

The Germantown clinic is run by Dr LeRoy Carhart, who featured as one of the four providers of late abortions in the USA in a 2013 award-winning documentary called After Tiller. His clinic has been subjected to enormous levels of harassment by the anti-abortion movement for years. The four doctors, pictured above, were featured in After Tiller and were all students of Dr George Tiller, also a provider of late abortions, who was assassinated while attending church in 2009.

In Texas, meanwhile, an anti-abortion organisation contracted by the State to distribute US$16 million in state funds to provide services through the Healthy Texas Women Program, along with a contract to distribute $5 million to a network of family planning providers serving Texans with low incomes. The group has failed to provide the services promised, however, and State officials responded by slashing their funding.

Heather Busby, executive director of NARAL Pro-Choice Texas, told Rewire: “There was nothing in their… history to indicate that this non-medical organization was even remotely qualified to provide comprehensive reproductive health care.” She said the state’s decision to “award undeserved millions of taxpayer dollars” to the group concerned was driven by ideological opposition to Planned Parenthood. “Tens of thousands of Texas in need of health care will pay the price for our state leadership’s unhealthy relationship with anti-abortion zealots…” she said.