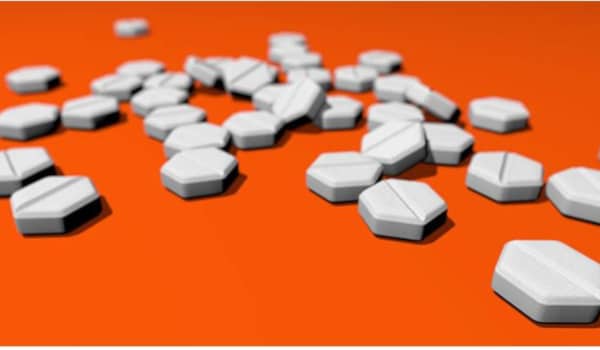 Last year, Rebecca Gomperts of Women on Web announced she had created a new organization, Aid Access, to help women obtain medical abortion pills through telemedicine in places like the USA where abortion is not illegal but is highly restricted. Five months later, in March 2019, the US Food and Drug Administration FDA) notified her that Aid Access was violating federal law by selling “misbranded and unapproved new drugs”. The letter ordered Aid Access to stop providing telemedical abortion services. The letter was applauded by Republican members of the US Congress, of whom 92% are male.

The letter was not a lawsuit, however. As US states restrict access to in-clinic abortions, alternative suppliers of abortions drugs will likely appear. According to Mother Jones magazine, in June 2018, FDA agents raided the home of a New York City woman who had sent abortion medications to 2,000 women across the country starting in 2016 (no charges appear to have been filed).

Gomperts argues that they are helping women who cannot otherwise access safe abortions in the USA because of costs, domestic violence, distance, or other reasons, and who do not have access to other doctors willing or able to prescribe misoprostol and mifepristone.

She writes: “I will not be deterred. When US women seeking to terminate their pregnancies prior to weeks consult me, I will not turn them away. I will continue to protect the human and constitutional right of my patients to access safe abortion services. The FDA is violating the rights of all US women seeking safe abortion by preventing them from accessing necessary medications. My lawyer, Richard Hearn, has responded to the FDA’s attempt to stop me from prescribing misoprostol and mifepristone to US women. The services and care I provide are essential in a landscape where more and more states are dismantling access to clinical abortions through the targeted regulation of abortion providers and, by banning abortion care before many people know they are pregnant, and by outright criminalization of abortion care.

“Research has shown these restrictions will mostly harm women living in poverty, survivors of domestic violence, and young people under the age of 18 who need abortion care. Nearly half (2.8 million) of the 6.1 million pregnancies in the United States are unintended. Unintended pregnancy rates are more than 5 times higher among low-income women. One in four US women will have an abortion by the age of 45.

As a physician, I have the obligation to provide medical care to people in need. To be able to provide safe abortion services to women in need, I initiated the website Aid Access one year ago, and since then I have seen first-hand the urgent need for access to safe abortion care among those who cannot access it in a clinic in the United States. Last year, I prescribed 2,581 medical abortions out of 11,108 women who consulted me. The service is provided on a sliding scale fee. Most of my patients were living in poverty; more than one out of four could not afford to pay 85 Euro.

Medical abortions before 10 weeks of pregnancy are extremely safe. It is very similar to a spontaneous miscarriage. Like most women who experience a spontaneous miscarriage, women who use the abortion pills generally do not need follow up care. Medical abortions are significantly safer than childbirth, (1 death per 3,571 births), penicillin (1 death per 100,000 prescriptions) and Viagra (1 death per 20,000 prescriptions) The National Academies of Sciences, Engineering, and Medicine reported that risks are similar in magnitude to the reported risks of serious adverse effects of commonly used prescription and over-the-counter medications. Scientific research has also proven that telemedical abortion services are extremely safe and effective.

“Aid Access is a harm reduction strategy. We offer safe abortion options to women who, decades ago, may have been forced to harm themselves, or risk their own lives, to end their pregnancies. Women denied a wanted abortion and who are forced to carry a pregnancy to term have four times higher risk of living below the Federal Poverty Level; are more likely to experience serious complications from the end of pregnancy, including eclampsia and death; more likely to stay tethered to abusive partners; and more likely to experience anxiety after being denied abortion.

“My patients have the constitutional and human right to access safe abortion services. That is what I provide them, and what I will continue to provide them.”

A letter to the US FDA from her solicitor, in support of her right to provide medications by telemedicine, argues that as US citizens sought medical care from her in Austria through her webpage, and she prescribes medication to them as an Austrian doctor, this does not confer jurisdiction on the US FDA over her practice of medicine in Austria. At the end of this nine-page letter, there are 11 pages of thank-you messages from the women who were able to have an abortion through this telemedicine service.

Rebecca Gomperts, MD, MPP, PhD is a registered physician in Austria. She studied medicine in Amsterdam, The Netherlands, and completed a Masters in Public Policy at Princeton University, USA, and in 2014 she completed her PhD in Mother and Child Health at Karolinska Institutet in Sweden.
SOURCES: Press release, by Rebecca Gomperts, MD, MPP, PhD: info@aidaccess.org ; Mother Jones, by Nina Liss-Schultz, 20 May 2019 ; VISUAL