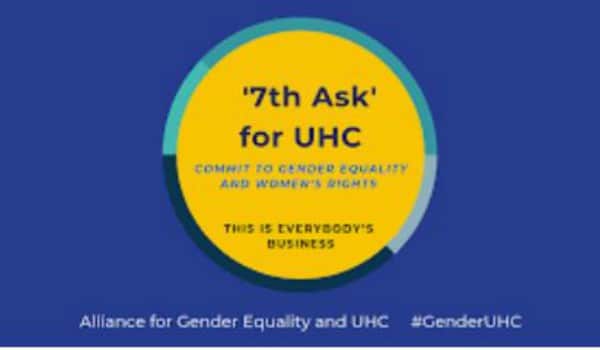 On 23 September 2019, world leaders adopted a high-level United Nations Political Declaration on universal health coverage (UHC), the most comprehensive set of health commitments ever adopted at this level.

“This declaration represents a landmark for global health and development,” said Dr Tedros Adhanom Ghebreyesus, Director-General at the World Health Organization (WHO). “The world has 11 years left to make good on its sustainable development goals. Universal health coverage is key to ensuring that happens…. Universal health coverage is a political choice: today world leaders have signalled their readiness to make that choice. I congratulate them.”

The declaration comes the day after WHO and partners flagged the need to double health coverage between now and 2030 or leave up to 5 billion people unable to access health care. In adopting the declaration, UN Member States have committed to advance towards UHC by investing in four major areas around primary health care.

These include mechanisms to ensure no one suffers financial hardship because they have had to pay for healthcare out of their own pockets and implementing high-impact health interventions to combat diseases and protect women’s and children’s health.

In addition, countries must strengthen health workforce and infrastructure and reinforce governance capacity. They will report back on their progress to the UN General Assembly in 2023.

While this sounds like good news, the question of whether WHO and its “12 partners”, unnamed in the statement, are actually capable of ensuring that everyone on earth has access to good quality health care when they need it. The role governments intend to play was not really mentioned in the WHO press statement. However, a 22 September WHO statement, the day before the meeting, said:

“Countries must invest at least 1% more of GDP on primary health care to eliminate glaring coverage gaps. At current rates of progress, up to 5 billion people will miss out on health care in 2030.”

The good news is that not only were f sexual and reproductive health and rights supported in paragraphs 29, 68 and 69, but Sara Österlund of RFSU Sweden reported that: “during the negotiations the entire UN membership, but one country, was ready to agree on the SRH paragraph”.

Unfortunately, we are also told, abortion per se was not mentioned, let alone “Abortion is healthcare” or “universal access to safe abortion”.