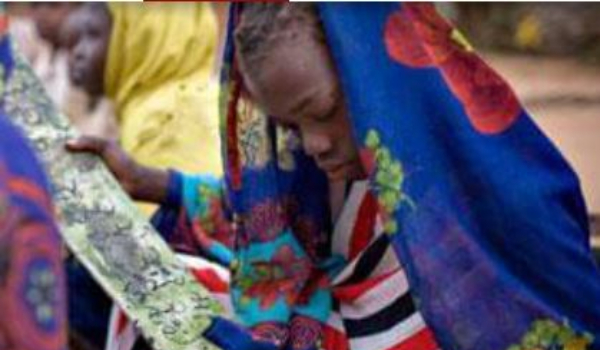 Today (23 April 2019), UN Secretary-General António Guterres presented his new report on Conflict-Related Sexual Violence to the UN Security Council at an open debate on conflict-related sexual violence.Among those speaking at the debate were Inas Miloud, Co-Founder of the Tamazight Women Movement, Libya, speaking on behalf of the NGO Working Group on Women, Peace, and Security, and human rights lawyer Amal Clooney, as well as the 2018 Nobel Peace Prize recipients Dr Denis Mukwege and Nadia Murad. The UN Security Council voted and adopted a new resolution on conflict-related sexual violence, which was supported by all Security Council members with the exception of Russia and China, which abstained during the vote.

“While the new UN Security Council resolution adopted today takes up some important aspects, such as highlighting the need for the protection of displaced women and girls and challenging the assumption of male invulnerability to sexual violence, we deeply regret the omission of an explicit reference to sexual and reproductive health (SRH) services. With increasing attacks on women’s rights everywhere, we remind the US, which opposed the reference and the Security Council, that the denial of reproductive health care can have grave consequences, including preventable maternal and newborn deaths, sexual violence and subsequent trauma, sexually transmitted infections, unwanted pregnancies, unsafe abortions, and the spread of HIV.

“The Women’s Refugee Commission calls on all Member States to put survivors first and to not roll back on previous resolutions. WRC is proud to house the Inter-Agency Working Group on reproductive health in crises and we will continue to fight for women’s and girls’ right to make decisions about their own bodies.”