Home » News » UN Commission on Population and Development: No consensus document for the second time in three years 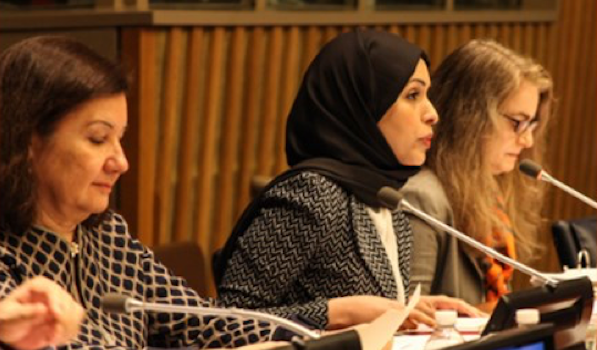 The 50th CPD took place on 3-7 April 2017 at the UN in New York. The theme was “Changing population age structures and sustainable development”. Despite weeks of informal negotiations and ten days of formal ones on a draft resolution that had been put forward by the Chair of the Commission, Ms Alya Ahmed Saif Al-Thani (Qatar), the member States failed to reach a consensus, and for the second time in three years, the session ended without an outcome document.

The text proposed by Ambassador Thani represented the views of the majority of governments taking part. It emphasized the critical importance of gender equality, empowerment of women and girls, universal access to sexual and reproductive health services, comprehensive sexuality education for adolescents and youth, as well as the promotion and protection of all people’s human rights, including reproductive rights, for achieving sustainable development for all.

The member States were divided most sharply on SRHR, the role and definition of “the family”, and comprehensive sexuality education. Other issues discussed included the demographic dividend, participation of the youth, women’s empowerment and participation in the labour market, as well as ageing societies and pensions.

The USA and some countries from the African Group (especially Egypt, Comoros, Cameroon, and Djibouti) moved to have key paragraphs deleted; it became clear that the Chair’s proposed text was not going be agreed upon. As a result, she withdrew the text, and the session ended with her summary only.

France later delivered a statement on behalf of a coalition of 31 countries from various regions that deplored the actions of the states that blocked approval of the resolution. Support for SRHR and the Chair’s efforts included the European Union states, South Africa, Tunisia, and Argentina on behalf of its own and eight other Latin American countries.

The International Sexual and Reproductive Rights Caucus was there, along with the representatives of more than 100 NGOs from 50 countries, who advocated for the sexual and reproductive rights of women, girls, and young people around the world.