“A pregnant woman photographed escaping from the wreckage of a hospital bombed by Russia has given birth to a daughter, reports say. Her image, her face bloodied, descending rubble-strewn steps was widely shared amid outrage at the attack, which killed three people. She gave birth the following day, her niece in Turkey told local media. Ukraine’s ambassador to the UN said the baby had been named Veronika.

“At the UN, a Ukrainian diplomat hit out at “Russian lies” about her in the aftermath of the attack, because she became the subject of a Russian disinformation campaign after the bombing. The Russian embassy in the UK tweeted a conspiracy theory that she was an actress and the aftermath of the attack had been staged. However, the BBC’s disinformation team found evidence which contradicted the unfounded claims, including that she had somehow pretended to be several women photographed at the scene. Further claims circulating online suggested that she was not even pregnant. Twitter later removed the Russian embassy’s tweets, saying they violated rules “related to the denial of violent events”. 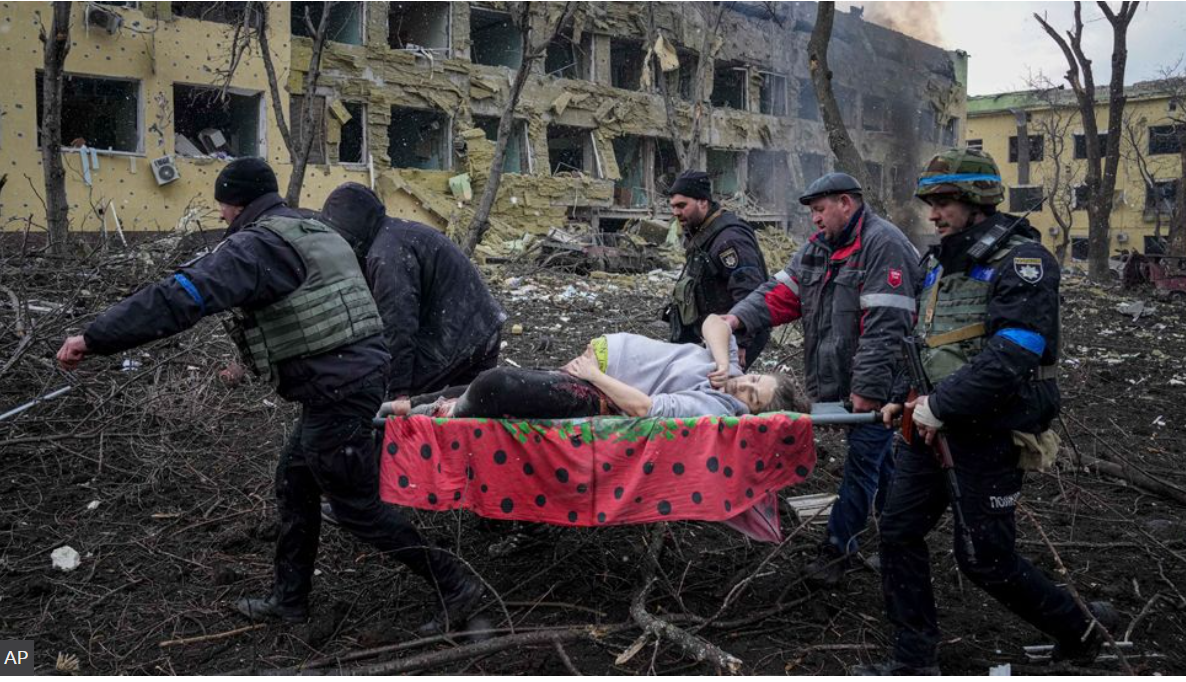 Another pregnant woman, wounded in the Russian bombing of the Mariupol maternity hospital died along with her baby

“Images widely shown on news reports showed this woman on a stretcher following the air strike in Mariupol on 9 March 2022. After the hospital was attacked, she was taken to another hospital. Her baby was born by caesarean section, but showed no signs of life. The surgeon told the Associated Press news agency that the woman’s pelvis had been crushed and her hip detached. Medics said that as they were trying to save her life, she realised she was losing her baby and shouted, “Kill me now!” When it became clear to them that the child was stillborn, they tried to resuscitate the mother, but realised after 30 minutes that it was hopeless. Doctors said they did not have time to take the woman’s name before her husband came to retrieve her body. At least that meant she did not end up in one of the mass graves being dug for victims of the Russian shelling of the city, they added.

“After the bombing of the hospital, Twitter removed two posts by the Russian embassy in London which claimed the attack had been faked. The embassy’s tweets made unfounded claims that the hospital was not operational at the time and that injured women pictured at the scene were actors.”

More than 100 hospitals in Ukraine damaged and 2,500 civilians killed in Mariupol alone

– More than 100 hospitals in Ukraine have been damaged since the invasion began, the Health Minister Viktor Lyashko, has said. Seven have been destroyed completely and “can’t be restored” and 97 more have been damaged by shelling and bombardment, he wrote on Facebook. However, he added the healthcare system was operational and almost 2,000 foreign medical doctors and nurses had volunteered to work in Ukraine.

– More than 2,500 residents of the Black Sea port city of Mariupol have been killed since Russia invaded Ukraine on February 24, presidential adviser Oleksiy Arestovych said in a televised interview, citing figures from the Mariupol city administration, and accused Russian forces of preventing humanitarian aid reaching the encircled city. Russia says it does not target civilians.

– Facebook, Twitter and Instagram have been blocked by the Russians to prevent independent information from being shared. Independent news sources were threatened with 15 years’ imprisonment for spreading “false news”, i.e. the truth. 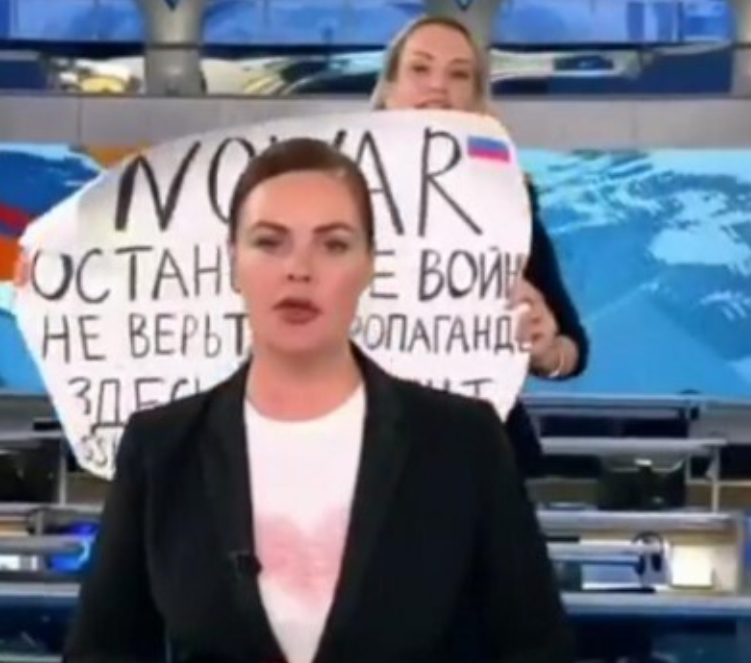 On 14 March 2022, a woman interrupted a broadcast by Russia’s state-owned Channel One by running out with a sign. The sign was translated by a reporter at the Moscow Times as saying: “NO WAR. Stop the war. Don’t believe the propaganda. They’re lying to you here. Russians against war.” According to reports, the woman holding the sign was an employee at the station. According to another report, she was detained and questioned for at least 16 hours, was fined and then released. Concerns for her safety continue.

The Kai Godek Foundation starts to “help” refugees. It will distribute leaflets in Ukrainian warning against the effects of abortion. Materials include drastic photos of fetuses and information about the legal consequences of termination of pregnancy – the group announced on Wednesday (March 16).

The leaflet tells women: Abortion is a murder and the worst crime. If someone suggests you have an abortion, persuades you to do so (…), please report the matter immediately to the emergency number 112 or contact the nearest police station” – distributed by supporters of the Kai Godek foundation.

Note: Ukrainian women crossing the Polish border, may be unaware that in Poland, a doctor may be imprisoned for an abortion for up to 8 years, and that persuasion and assistance in performing such an operation are also punishable.