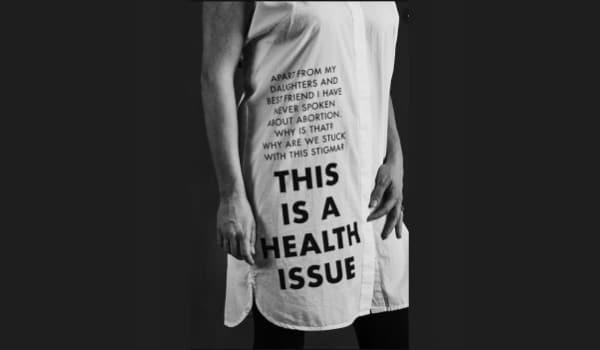 In most settings worldwide, abortion continues to behighly stigmatised. Whilst a considerable body of literature has addressedabortion stigma, what is less commonly examined are the ways in which thosewith experience of abortion describe it in non-negative terms which may resistor reject stigma. Drawing on qualitative secondary analysis of five UK datasetsusing a narrative inquiry approach, we explore: the use of non-negativelanguage around abortion, potential components of a normalising narrative, andconstraints on non-negativity. As such, we present the first empirical UK studyto critically examine how a dominant negative abortion narrative might bedisrupted.

The five datasets comprised one-to-one interviews with 138women who had undergone abortion…. The originalstudies were conducted between 2008 and 2016 in Scotland and England….

A flexible and systematic approach to analysis was required to ensureeffective ways of analysing within and across datasets. We first reviewed thedata to identify cases which could illuminate how abortion is framed whentalked about in non-negative ways. Four accounts from different projects wereidentified as including non-negative talk, which were subject to detailedin-depth analysis for language choices and tropes drawn upon. This preliminaryanalysis highlighted common themes including: absence of regret; certaintyabout the decision; and resistance to internalising feelings of self-blame,shame or irresponsibility. Regarding types of language used, talk about theabortion in practical terms was common, as were framings such as being ‘atpeace’ with the decision or and it being ‘the best decision for me’. Socialsupport from significant others (partner, mother, friend) was anothercommonality, alongside a degree of ease in talking to others about theirexperience. These indicative findings were developed into a broad, flexiblecoding framework comprising potential components of a non-negative stock ofknowledge on abortion, which was used in the next stage of analysis.

This approach also highlighted that all cases tended to contain acomplex mix of negative and non-negative language, suggesting that a sole focuson one or the other would be limiting.

IMAGE: © 2018 MyBody My Life, the Open University/designed by The Liminal Space, in article byLisa Hallgarten, The Lancet, 2018