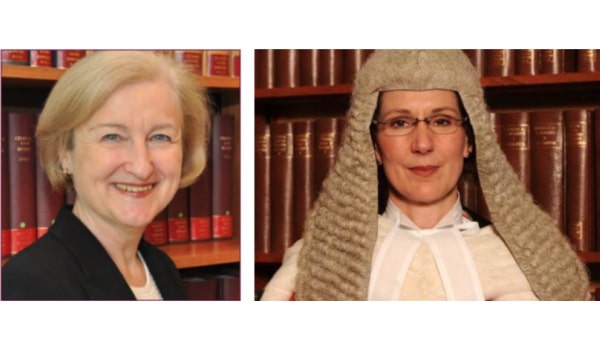 The buffer zone around the clinic was imposed by the London council of Ealing in April 2018, but the call to impose national buffer zones around all clinics was rejected by the Conservative government’s Home Secretary in September 2018, in spite of the existence of strong evidence presented to him for imposing them.

This new judgment, handed down by Lady Justice Eleanor King and Lady Justice Nicola Davies is the first at appeal court level and provides solid case law for backing for other Public Spaces Protection Orders in the future.

Rachael Clarke of BPAS described the judgment as exceptionally robust because it makes clear that:

The full judgment can be found here.

BPAS, Marie Stopes, and Sister Supporter have put out a joint comment which says that the judgment makes it clear “that harassing and intimidating activities and behaviours towards women outside an abortion clinic are not acceptable” and “secures much needed protection against harassment and intimidation for all entering the Ealing clinic”. They said that from the 23rd April 2018, when the Protection Order was implemented, “clinic team members found that women were no longer coming to their appointments in tears, having not been targeted and victimised by strangers positioned at the gate and groups crowding near the path”.

The comment continued: “The question of competing rights was an important part of this hearing. Anti-abortion groups claim they have a right to intercept women due to their right to freedom of assembly, expression, and religion. They denied that women have the right to privacy and family life when entering an abortion clinic. We categorically oppose these views. While we support rights to assembly, expression, and freedom to practice your religion, a person should never have the right to cause another to feel harassed and intimidated when accessing legal, confidential healthcare services.”They closed by stressing the importance of national legislation covering all clinics.

ACAI, the Association of Accredited Abortion Clinics of Spain, has asked the Spanish Health Ministry to create safe zones around abortion clinics. They have put this request not only to the Police, but also to the Ministry of Health so that the health benefit of safe abortion can be provided as a normal form of health care, recognised in the National Health System and the responsibility of the Health Ministry.