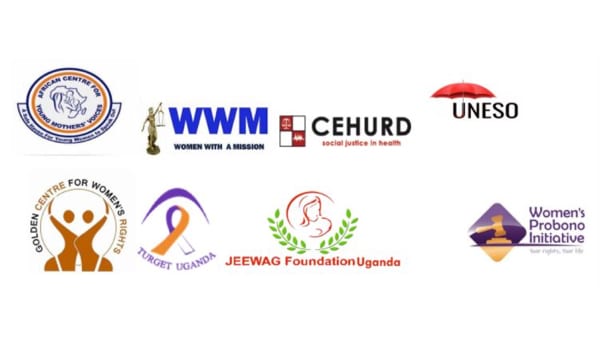 On 22 October 2020, the Trump government was scheduled to present its so-called Geneva Consensus Declaration to a virtual side meeting at the UN General Assembly. This declaration pretends to redefine human rights, in Trump’s own image. The definition, labelled absurd by some, has been rejected by everyone who supports what human rights actually mean, which have been defined and described in depth by experts from across the international community since 1948.

There has been a lot of lobbying of several of these governments, calling on them not to sign, in response. In a petition to the Ugandan Ministry of Foreign Affairs two days ago, 16 Ugandan civil society organisations and individuals called on the Ministry to direct Uganda’s mission representatives at the UN not to endorse or co-sponsor the declaration. Here is what two of the Ugandan CSOs who signed the petition said:

“Our government is playing politics with the lives and health of Ugandan women and girls by cosying up to an extremist agenda,”said Primah Kwagala, Executive Director of the Women’s Pro Bono Initiative, and endorser of the petition.“Meanwhile, we are responding to an epidemic of rape, incest and unsafe abortion intensified by Covid-19; this agenda is an affront to the imperative of human rights for all.”

“We are outraged that our government would posture in support of this anti-human rights agenda, when we face the largest epidemic of teenage pregnancy in sub-Saharan Africa,”said Yvonne Mpabara, SRHR Youth Advocate and Advocacy Officer RAHU.“Our people are suffering and dying from preventable deaths and the Minister of Foreign Affairs is playing politics with our lives.”

The CSOs’ petition itself says:
“Uganda’s 1995 Constitution has a robust bill of rights that guarantees the right to life, health services and protection of women’s unique maternal health function. Article 22(2)… recognizes the constitutionality of legal abortion. Such endorsements and reservations on ratified regional and global treaty documents as is the case on Article 14(2) (C) of the protocol to the African Charter on Human and People’s Rights on the Rights of Women in Africa, have the effect of giving the erroneous impression that interventions aimed at addressing preventable deaths from unsafe abortion are outlawed.

“We therefore demand that the government of Uganda pull out from endorsing this retrogressive
document that has far reaching negative political, human rights, legal/policy and service delivery
implications that will affect Uganda’s women and girls and other vulnerable groups…

“We call on the Ministry of Foreign Affairs to call its mission representatives to order and direct them NOT to endorse and co-sponsor the declaration on 22 October 2020, when it is slated to be endorsed.”

In the event, the document was signed by some 27 more countries, including Poland. Uganda did not withdraw their signature. Most of the signatories are among the 20 worst countries to be a woman according to theWomen, Peace and Security Indexestablished by Georgetown University in the US. The list of supporters has barely grown over the past year despite efforts by Trump’s supporters. Pompeo and US Health and Human Services Secretary, Alex Azar portrayed the declaration as a historic moment in a movement to stop abortion being supported as part of reproductive health care.

We aim to publish a full list of supporters of this document and call for a campaign against it.Please to check whether your governments have signed and if so, lobby them to withdraw their signatures. This document will be used to sabotage all human rights, but it will especially be used against women and against safe and legal abortion. As more information emerges, we will share it.