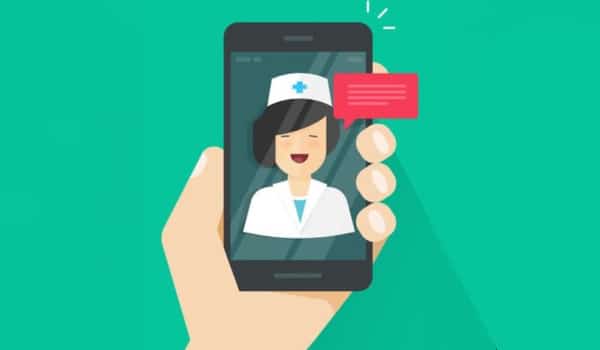 Melanie Davies works at UCLH, one of the hospitals at the epicentre of the Covid-19 pandemic in London. In the past two months, her working life has changed dramatically. After 40 years of hands-on work in the delivery suite, operating theatres and clinics, she’s now based at home and considered to be in a vulnerable group due to her age. In a now typical week, she spends 60–75% of her time on phone-based consultations with her patients, many of whom have chronic conditions, and the rest divided between three other sets of responsibilities: education and training ofdoctorswho are approaching consultant posts, service organisation using onscreen meetings with other health professionals in her department, and doing academic research and writing.

The content of her work hasn’t changed, the patients are still her patients, it just happens on the phone. There was a waiting list before Covid-19. There’s a waiting list now too. Yesterday (22 April) she dealt with 20 patients. In clinic, they would have taken about half an hour each. On the phone, it tookratherless time; it’s more efficient, she says. She can finish her day at 5pm, whereas normally, she worked much later. She’s realised she’s less chatty than in person, while her patients feel more inhibited because of the pandemic, they don’t want to take up her time. She’s realised that phone-based consultations also require different communication skills – you can’t watch reactions on patients’ faces, for example. It’s also more difficult with patients whose first language isn’t English as they can’t have an interpreter on a phone call, as they did in hospital, though yesterday she was lucky that someone’s sister stepped in to help.

There are more enquiries from GPs and from consultants in other services, who are reluctant to send a patient to hospital. She handles these and gives advice. Emergency cases are being seen as usual, but if the situation isn’t serious, she can speak to the patient and arrange an actual consultation for a later date. Or she may give advice to the GP on how to manage or prescribe, aware that the GP is also likely to be doing phone consultations. In general, most of the “normal” gynaecological problems she sees are put off for treatment till a later time if they need to be done in the hospital.

So what kinds of conditions was she handling in recent days via telemedicine? The most critical case was of a woman who needs a bone marrow transplant for a haematological condition, which will need to be put off for a few weeks as the transplant will make her immunocompromised and with the hospital treating so many Covid-19 patients, she’d be too vulnerable. In “normal” times, the transplant would never have been postponed. On top of everything else, this woman had been trying to get pregnant and had been dealing with fertility issues too.

In the USA, you have drive-by car washes, drive-by restaurants and drive-by banks. I wanted to share our experience of a “drive-by” medical abortion, which succeeded in creating a good balance of maintaining patient-centeredness and social distancing. Due to Covid-19, we’ve limited all foot traffic through our clinic. The set-up is that we’re allowing in one patient in at a time, but no accompanying family members, even children. Our patient was unable to come in alone, due to childcare issues. “Here’s what happened:

We called the patient and did all the history-taking and counseling over the phone. She had an approximate LMP (first day of last menstrual period) of mid-February and as she gets regular periods, that put her at 5-6 weeks. We arranged a time to meet her outside of our clinic where she quickly signed the Danco Pharma agreement (Danco manufactures Mifeprex) and gave her a plastic bag with the mifepristone, misoprostol, and patient instructions/aftercare instructions for early medical abortion. (We practiced social distancing, six feet apart, don’t worry!).

We plan on calling the patient in one week for follow-up, and she’ll take a home pregnancy test in four weeks to make sure the abortion was complete. We haven’t actually veered much off of our normal medical abortion protocol, but we’re also lucky to be in a state where telemedicine abortion isn’t an issue.

Of course, we couldn’t do an examination, sonogram, or blood tests, but all of these are seeming less and less important as we try to meet time-sensitive patients’ needs in the middle of a pandemic. And there’s pretty good evidence that we don’t routinely need all those tests anyway, evidence that began to be published 14 years ago!