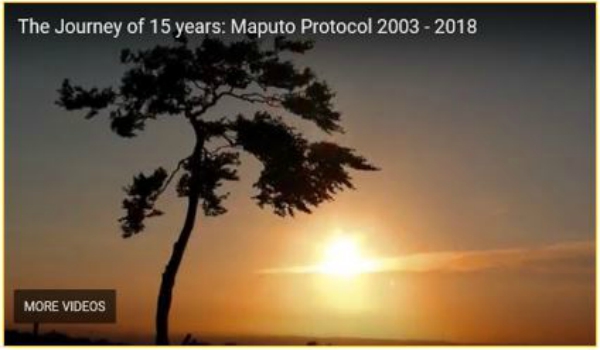 13 May 2018 was the 50th anniversary of the Teheran Proclamation at the 1968 International Conference on Human Rights that “Family planning is a human right”. An inspirational article on the website of UNFPA says that the conference told the world that: “Women and girls have the right to avoid the exhaustion, depletion and danger of too many pregnancies, too close together. Men and women have the right to choose when and how often to embrace parenthood – if at all. Every individual has the human right to determine the direction and scope of his or her future in this fundamental way.”

The article rues the imposition of the Global Gag Rule and decries the cuts in contraception services that are rapidly becoming the inevitable outcome. It describes nine standards that UNFPA and WHO have identified that are necessary to uphold the human right to family planning: non-discrimination, available, accessible, good quality, informed decision making, privacy and confidentiality, participation, and accountability. It calls for these standards to be met for every individual in every community.

But the article never mentions the right to safe abortion alongside the right to contraception, nor that the exact same standards and rights should and could apply to both.

The Maputo Protocol, passed in 2003, has just had its 15th anniversary this month. Only 40 of the 54 states in Africa have ratified it to date, but only 3 have neither signed nor ratified it. In Article 14(1), it calls on States to “ensure that the right to health of women, including sexual and reproductive health, is respected and promoted. This includes: a) the right to control their fertility; b) the right to decide whether to have children, the number of children and the spacing of children. In Article 14(2), it calls for the right to abortion “in cases of sexual assault, rape, incest, and where the continued pregnancy endangers the mental and physical health of the mother or the life of the mother or the fetus”. A major step forward 35 years later, but with a long way to go.