Home » News » TURKEY – Turkey must not leave the Istanbul Convention: solidarity request to all Campaign members!!! 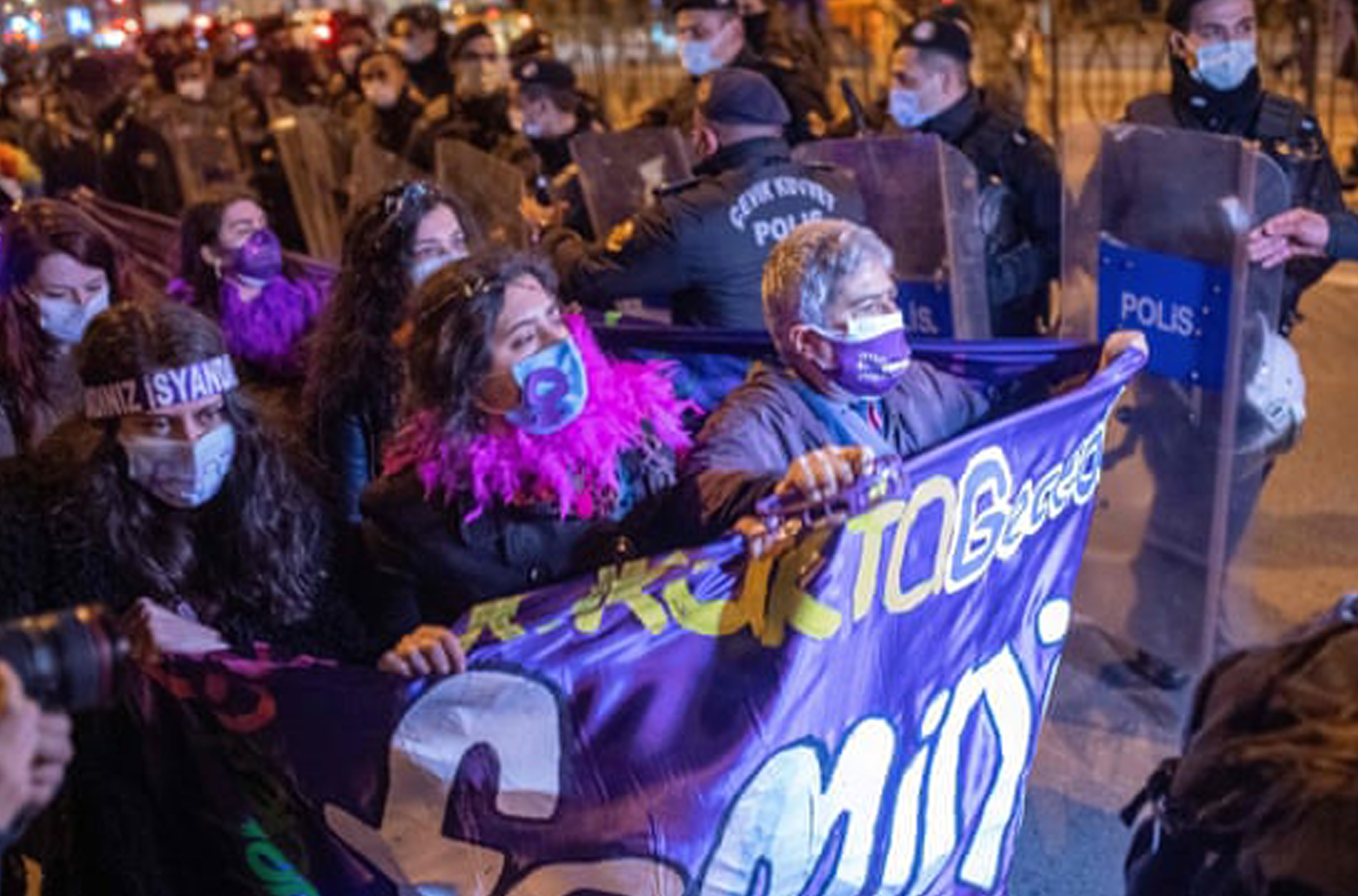 Thousands protested in Istanbul, Ankara and Izmir in Turkey on 8 March and again on 20 March calling for President Erdoğan to reverse his decision to withdraw from the Istanbul Convention, the first binding treaty to prevent and combat violence against women. The treaty, a Council of Europe accord, forged in Istanbul in 2011, pledges to prevent, prosecute and eliminate domestic violence and promote gender equality. Among the 47 Council of Europe members, 45 have signed it but not Russia or Azerbaijan. Only 34 of the countries have ratified it.

Erdogan claims he condemns violence against women, but doesn’t need the Convention because Turkish law is strong enough. His government has taken measures such as tagging individuals known to resort to violence and has created a smartphone app for women to alert police, which has been downloaded hundreds of thousands of times. How much violence this has prevented or how many arrests and successful prosecutions is another question. World Health Organization data show that 38% of women in Turkey are subjected to violence by a partner in their lifetime.


We Will Stop Femicide: ‘After the death of one of our sisters, we share black and white photographs and keep their memory alive.’ PHOTO: beelzeboobz

Between 2010 and 2017, 1,964 women were murdered (balcanicaucaso,org, 2018) and in 2019 alone, there were 474 women killed. Few men are prosecuted. In 2016, the Turkish Prime Minister Yildirim tried to pass a bill that would pardon men convicted of sex with underage girls if they married them. A massive uprising stopped that from going through.

In 2020, when the government was threatening to leave the Convention, an Instagram campaign was started sharing black-and-white photos of murdered women and girls. A large demonstration took place on 21 July 2020, almost entirely of young women (watch the video).

With both Poland and Hungary also threatening to leave the Convention (see for example this Campaign report in December 2020), the question is, what are the Council of Europe and the European Union going to do? Perhaps Erdogan has given up trying to join the European Union; this move, already condemned by France and criticised by Germany, will certainly not get him any closer.

REQUEST FOR INTERNATIONAL SOLIDARITY TO ALL CAMPAIGN MEMBERS!

Today, 24 March, the Women’s Coalition Turkey, invite all global, regional and local women’s and LGBTI+ organizations, feminists, advocates of women’s rights and human rights, and everyone campaigning against violence against women to show solidarity to defend women’s and LGBTI+s’ right to live in every platform and geography, with regards to the Istanbul Convention.

Below, see the statement of the Women’s Coalition Turkey, which WWHR is a part of.

FOLLOW the Women’s Coalition’s (@kadinkoalisyonu) and WWHR’s (@kadinih) social media accounts and call on your governments to show their support for the Convention. 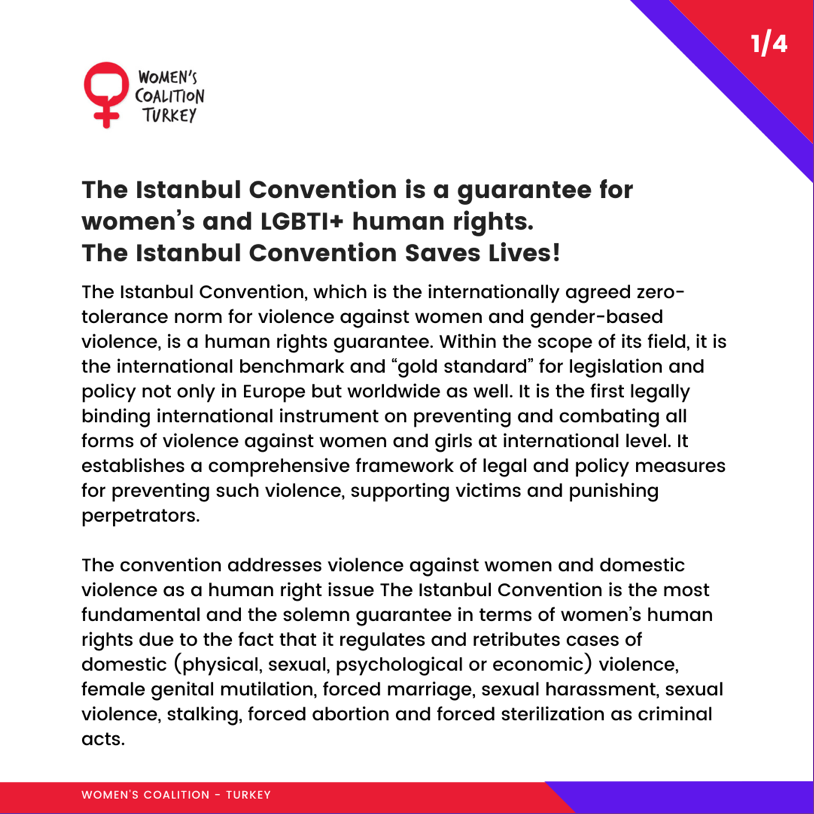