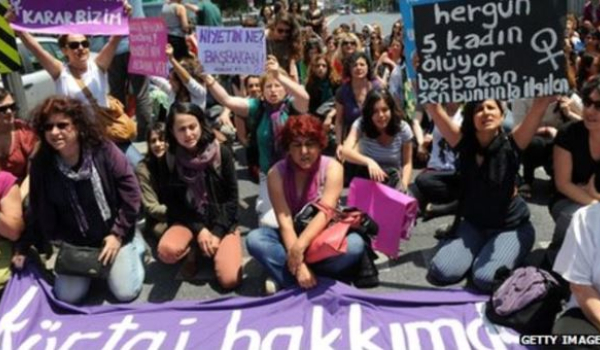 “I thought I’d go to some sort of hospital. But instead, it was an apartment on the second floor of a three-story building. A man with a cigarette in hand opened the door. I entered an apartment with a living room and kitchen. The bathroom in what apparently was the parents’ bedroom had been converted into an abortion room. The operating table was filthy and covered in blood.”

Turkish law states: “Until the end of the tenth week of pregnancy, as long as there are no concerns for the mother’s health, an abortion can be performed out at her request.” It also allows abortion in specific cases up to 20 weeks. But in reality, a ban on abortion provision, believed to be orchestrated by President Erdogan, is operating. He believes all women should have at least 3 children. Behind the ban is panic as the population is no longer growing enough. According to a study by Kadir Has University, Istanbul, public hospitals in 53 of Turkey’s 81 provinces reject an abortion request if it comes only from the woman. Information on contraception is also scarce.