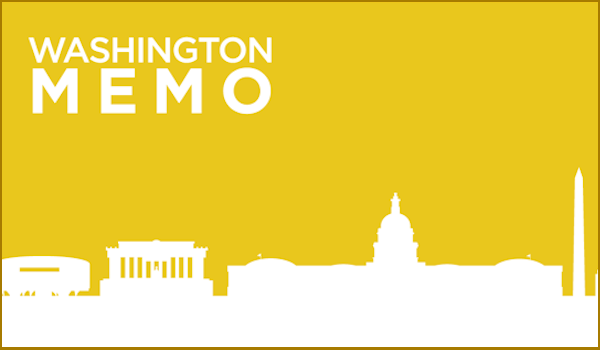 Campaign Statement: Donald Trump aspires to be a mass murderer, especially of women

The Trump government has declared war on women everywhere. We call on the World Health Assembly first and foremost, currently in session, to condemn this death-dealing policy. We call on the United Nations and all governments to commit to funding public health and human rights as a global priority, including for women. Lastly, we call on everyone who works for the US government to refuse to implement this policy, because it will implicate them in mass murder.

On May 15th, the U.S. State Department released the implementation plan for the expansion of the Trump Global Gag Rule (GGR) to “global health assistance furnished by all departments or agencies” of the U.S. government. Consistent with the January 23rd presidential memorandum, a foreign non-governmental organization (NGO) will now be required to certify that it does not provide abortion services, counsel or refer for abortion, or advocate for abortion law reform, even if done with its own, non-U.S. funds, in order to remain eligible to receive U.S. bilateral global health assistance for any purpose and from any funding account—with very few exceptions.

Late last night, 22 May, the U.S. Agency for International Development (USAID) finally made public the “standard provisions” to be included in grants and cooperative agreements by USAID to implement the expanded Trump GGR.  The revision to the agency’s automated directives system clarifies that with regard to USAID assistance, the GGR restrictions are “applicable to those awards using federal funding predictably for international health activities with a primary purpose or effect of benefiting a foreign country, typically from the [Global Health Programs], [Economic Support Fund], [Assistance for Europe, Eurasia, and Central Asia], or successor accounts.” The USAID standard provision also stipulates that, in addition to health activities funded under the named funding accounts, the GGR applies to “awards reported on under the Health category of the Foreign Assistance Standardized Program Structure, except those under program area HL.8.”Two additional programs were explicitly exempted—American Schools and Hospitals Abroad and Food for Peace.

For global health assistance administered by the State Department, a document issued by the State Department’s Office of the Procurement Executive, titled Federal Assistance Management Advisory Number 2017-01, states that “this policy applies to all Department of State awards that fall under the Health category of the Foreign Assistance Standardized Program Structure except: awards funded under program area HL.8, Water Supply and Sanitation….”

The expanded Trump GGR requires that any non-US NGO that wishes to receive US bilateral global health assistance from the US government certifies their willingness to comply with the policy and refrain from any abortion-related activities paid for with their own, privately raised, non-US government funds as a condition for receiving U.S. bilateral global health assistance to address the following urgent public health problems:

Exemptions from the Global Gag Rule include certain water and sanitation infrastructure spending.

Other important programs or activities to which the GGR does not apply include:

Key changes to the policy compared to the past

A few important changes between the expanded Trump GGR and the previous iteration during the Bush administration are worth highlighting:

A side-by-side chart comparing the Bush and expanded Trump GGR versions of the policy has been prepared for a quick summary of the differences and similarities.

Although not a change from previous GGR iterations, one of the criteria that foreign NGOs must meet in order to retain eligibility for U.S. government funds has the potential to take on significantly greater importance with the application of the GGR to all of global health assistance, as opposed to just FP/RH programs in the past. Specifically, the eligibility criteria that requires that a foreign NGO certify that not only does it not itself engage in abortion-related activity, but also does not “provide financial support to any other foreign non-governmental organization that conducts such activities.” Depending on how the second condition is interpreted, a foreign NGO with a broad development and health portfolio could be disqualified from receiving U.S. global health assistance for providing funding to a foreign NGO partner for an education project, for example, if the other NGO is engaged in abortion-related activities, perhaps supported by its own government or another bilateral donor.

Such an expansive interpretation would require the expenditure of exponentially larger amounts of human and financial resources by the U.S. government, U.S. NGOs, and the foreign NGOs themselves to monitor GGR compliance among a much broader universe of NGOs. There is likely to be a miniscule return on this investment if done in the service of achieving the purported objective of the Trump GGR—rooting out and ending even indirect U.S. subsidies for abortion overseas.

While standard provisions to be included in USAID global health grants and cooperative agreements were made public yesterday after a week delay, how and when the Department of Health and Human Services (under whose purview the Centers for Disease Control and Prevention (CDC) and the National Institutes of Health (NIH) fall) and the Department of Defense will implement the GGR expansion to their overseas health programs remains unclear. According to a transcript of a State Department press briefing, “affected departments and agencies will either start required processes for approving a new standard provision, or, where possible, include the provision immediately,” beginning on May 15, 2017.

With regard to CDC, GGR is expected to be applied only to foreign assistance transferred to CDC from the State Department and USAID to support CDC’s role in supporting PEPFAR and PMI and in Zika and Ebola response. Not likely affected are funds directly appropriated to CDC through HHS for disease surveillance, immunization, global health security, HIV/AIDS, and malaria and other parasitic diseases, which are activities that tend to be conducted between the CDC and host governments. For NIH, the question of whether GGR will be applied to its overseas programs remains unanswered so far.

As in the previous iterations of the GGR, the restriction will not be applied to a foreign NGO until it faces a new funding action, either in the negotiation of a new grant or cooperative agreement or when existing grants and cooperative agreements “are amended to add incremental funding.” If funding is already obligated to a foreign NGO under an existing grant or cooperative agreement—but not expended—the organization should not be faced with certifying compliance with the restriction as a condition of its release and should receive the USG funding due without interference.

The responsibilities of U.S. NGOs under the expanded Trump GGR also remain the same as before. The U.S. NGO is required to certify that it will not furnish global health funding to a foreign NGO that “performs or actively promotes abortion as a method of family planning.” In other words, the U.S. NGO is charged with enforcing the GGR on its overseas partners on behalf of the U.S. government.

According to a State Department estimate, the expanded GGR implicates approximately $8.8 billion in bilateral global health assistance appropriated to the State Department, USAID, and the Department of Defense. This compares to just $575 million in bilateral family planning and reproductive health funding, the only type of health assistance subjected to the GGR in its previous iterations during earlier Republican administrations. This represents a 15-fold increase in the amount of USG funding implicated under the expanded GGR.

State Department spokespersons took great pains in their statements to the press to assure that the expansion of the reach of the policy would not result in a decline in overall funding for USG global health programs. True, but implementation of an expanded GGR will exclude some of the most effective—and in some cases, only—local health providers in 60 low and middle income countries. Without funding, these organizations will be unable to provide integrated maternal health care with contraceptive services, HIV prevention, care and treatment services, or counsel women on their potential risks of Zika infection, among many other services, leaving communities and entire health systems devastated. In some countries and communities, these local NGOs who are unwilling or unable to certify GGR compliance may be the only game in town and not readily replaceable with other organizations who can effectively utilize the withheld, reprogrammed funds.

In announcing the GGR expansion, the State Department committed to “undertake a thorough and comprehensive review of the effectiveness and impact of the policy’s application” over the next six months with particular emphasis on the implementation challenges experienced by the global health programs not previously subjected to the GGR. PEPFAR and PMI were singled out but every other global health program without prior GGR experience will be given “special attention,” presumably exempting FP/RH from the review.

The announcement of the implementation plan for an expanded GGR does not take place in a vacuum. This morning, the Trump administration released the President’s budget request for FY 2018. It is widely expected to contain a cut by as much of a third to State Department and USAID health program funding. Pledges that global health funding will not decline—overall or for individual sectors—ring a little hollow right now, whether due to policy changes or lower presidential priority in the federal budget for international affairs programs.

In announcing the details of the GGR expansion on May 15th, the Trump-Pence Administration also brazenly attempted to christen its expansion of the Global Gag Rule to all global health assistance with a new moniker. Previously known within the U.S. government as the Mexico City Policy, the administration is seeking to shamelessly rename Trump’s Global Gag Rule as “Protecting Life in Global Health Assistance.”

In the administration’s campaign to stifle women’s autonomy, Trump’s expanded Global Gag Rule will cause unspeakable damage to integrated health care efforts across all health sectors. It will cost many around the world their lives and their health—especially women and their children. Despite the Trump administration’s “pathetic rebranding” of the policy, the Global Gag Rule is unmistakably deadlier than ever.

Changes to funding within the U.S.

More details can be found in the Major Savings and Reforms document on page 70 at this White House link. PAI’s press statement on the budget is available at this link.

The Washington Memo is at https://pai.org/newsletter_type/washington-memo/