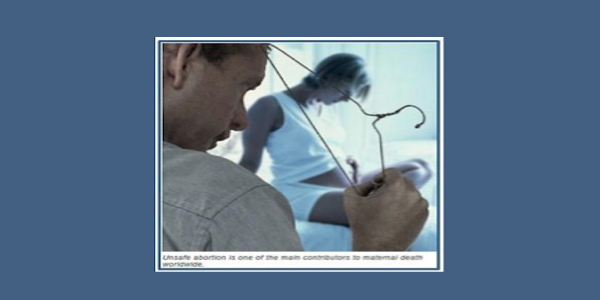 Abortion is illegal in Trinidad & Tobago (T&T) under the 19th century Offences against the Person Act, a British colonial law which states that a pregnant woman who “with intent to procure her own miscarriage, unlawfully administers to herself any poison or other noxious thing or unlawfully uses any instrument or other means whatsoever with the like intent is liable to four years in prison.”

In todays’ world and as in a growing list of countries internationally, because abortion cannot be obtained legally, women in T&T are buying misoprostol pills over the counter from pharmacies for self-use to induce a miscarriage.

The T&T Guardian Media investigated this by sending a woman to a local pharmacy where she was able to purchase misoprostol for US$35. The woman said she had no difficulty doing so without a prescription, but simply asked for it and was given instructions for how to use it.

Andrew Rahaman, President of the Pharmacy Board of T&T, admitted he was aware this was happening without a prescription but claimed it was rare. He also said he believed pharmacies dispense misoprostol off-label because it is not approved by the Chemistry, Food and Drug Division. Instead of calling for misoprostol to be approved and dispensed by health care providers, he said pharmacists could be charged with professional misconduct and negligence, be fined or even go to prison for one year for provision without a prescription under the Pharmacy Board Act, and that he would take stricter measures against such “irregularities”. Claims that self-use of misoprostol is dangerous were made several times in the article.

The Health Minister Terrence Deyalsingh was reported to say the issue was out of his jurisdiction, the same Health Minister who said in April 2016: “The Government’s position is firm that abortion will remain illegal in this country.”