Home » News » TO NATIONAL and WORLD LEADERS: JOIN US for 28 SEPTEMBER 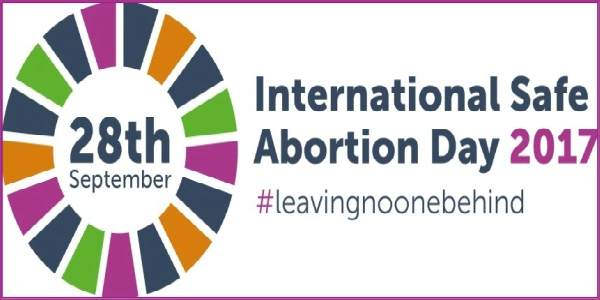 This year will be the 28th year that the women’s movement will celebrate International Safe Abortion Day, which was first launched in Latin America in 1990.

We are calling on national and world leaders and everyone who supports women’s health and rights, to join us in celebrating 28th September this year.

If you do join us, you will be in very good company! Here are only a few of the leaders who have supported the right to safe abortion this year:

February 2017 – 93% of MEPs in the European Parliament backed an amendment supporting the setting up of an international fund to improve access to abortion services.
March 2017 – Representatives from some 50 governments, global south and north, met at a High Level International Conference in Brussels to support She Decides. Rejecting the Gag Rule, they pledged a total of 181 million Euros within a few hours to support sexual and reproductive health and rights, including safe abortion.

May 2017 – Agnes Callamard, UN Special Rapporteur on extrajudicial, summary or arbitrary executions, submitted a report to the Human Rights Council that said: “States have extensive knowledge of the life-threatening implications of unsafe abortion… where abortion is criminalised or severely restricted… [This] may… constitute an arbitrary deprivation of life”.

July 2017 – The Zimbabwe Association of Doctors for Human Rights spoke out in support of safe abortion; the British Medical Association supported decriminalisation of abortion; Canada committed CAN $241.5 million to critical sexual and reproductive health services, including safe abortion care; and the First Lady of Ghana, Mrs Rebecca Akufo-Addo, called for a concerted effort to address adolescent reproductive health in Africa.

August 2017 –  The Chilean Supreme Court approved the constitutionality of the abortion law. And the Indian Supreme Court said that a rape victim who is a minor should not be forced to ask the courts for permission to terminate a pregnancy arising from any sexual offence. It not only causes delay but pregnancy is life threatening in girls, whose doctors must therefore allow her an abortion.

Here is what YOU can do:

2. Make a public statement with other leaders.

3. Participate in the activities of national and international NGOs – turn up, give a speech, propose national action or law reform.

4. Use social media to share your message(s)! Use the hashtag #LeavingNoOneBehind

5. Talk to the media, get into the news!

Send us the story and photos & we’ll share them too.

TO ALL CAMPAIGN MEMBERS:

We call on all members of the International Campaign for Women’s Right to Safe Abortion to contact your national leaders who support the right to safe abortion and invite them to be involved when you organise activities for 28 September 2017. In line with Sustainable Development Goals, develop the theme #LeavingNoOneBehind in relation to safe abortion in ways relevant to your national context.

USE OUR NEW LOGO & POSTER: 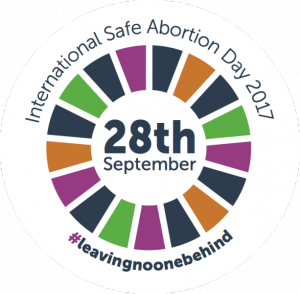 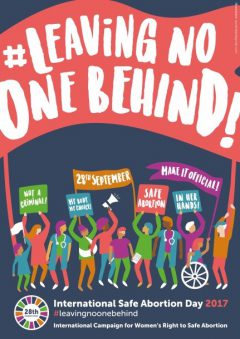 AND DON’T FORGET TO SEND US YOUR REPORTS: