Home » News » To legalise abortion or improve access to contraceptives? 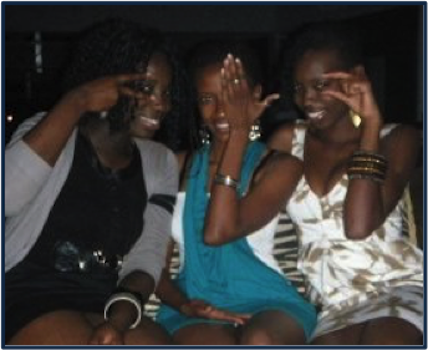 Recent reports that illegal abortions are on the rise in Zimbabwe have apparently sparked debate on the question of whether the country should “go the South African way” and legalise abortion or increase access to contraception, as if this were an either–or choice.

A Harare preacher argued that “if boys and girls abstained from sex before marriage and married couples stayed faithful, abortion would never be a subject of contention”.

In response, a traditional healer from Harare said a woman should be granted the right to choose. “I have assisted many women, some of them wives of big people. I do not see the problem here. We traditional healers are constantly harassed but we know there are (conventional) clinics that do the same,” she said.

Abortion is only legal in Zimbabwe under Section 4 of the Termination of Pregnancy Act to save the life of the woman or protect her physical health, or where there is a risk that the child to be born will suffer from physical or mental defects of such a nature that it will be permanently or seriously handicapped, or on grounds of rape or incest. It must take place in a designated institution and approval of two doctors is needed unless it is an emergency.

In an articulate argument for women’s right to decide on abortion in October 2015, Aneau Chigariro said: “Let us face the facts: in Zimbabwe, over 70 000 illegal and unsafe abortions take place each year according to a 2005 UNICEF report. Post-abortion complications remain one of the major causes of death among women of child bearing age in Zimbabwe. There are women who want the procedure enough to risk their lives to get it. Justice is ensuring that these lives that already exist are given their full rights and protection. These people are more important than a fetus whose personhood is yet to be realised.

“I believe that being pro-choice is actually being pro-life; that is, pro- the life of the woman who knows she cannot sustain another life and chooses to spare this life from coming into existence and pro- the humane end of that fetus’ life. Maternal mortality in Zimbabwe sits at a high of between 470 to 520.7 per 100 000 live births and infant mortality is even worse at 57 per 1000 births and under-5’s at 84 per 1000 births (2010/2011 survey). A child born into a family that is ill-equipped to rear it will die before it even reaches the age of 5 because of disease, malnourishment, and more commonly in Zimbabwe neglect and abandonment…

“Within this comprehensive system, abortion must be present as an option for women who have failed to prevent conception. This allows the public health system to provide women with options and pre-abortion counselling and post-abortion care should they decide to go through with an abortion, as one of the options presented to them.

“This is a far better process than for the public health system to encounter women who are coming for post-abortion care after a botched abortion which may end their lives or leave them with physical and or mental damage. These women present a larger burden to our public health system than the perceived burden of providing abortion on demand…”

And in April 2016, Sex workers called on the Zimbabwe Government to legalise abortion in the wake of unbridled backyard terminations that continue to claim lives. Speaking during a Global AIDS Progress Report and post-ICASA meeting, Sex worker representative, Sibonile Kavhaza, said she has had colleagues who have died after failed backyard abortions “because they will be out of business if they keep the baby. I know of people who have died after attempting to abort and it’s a fact that backyard abortions are rampant”. She said there is an unmet need for contraception among sex workers and unprotected sex was also rampant, especially with regular clients.