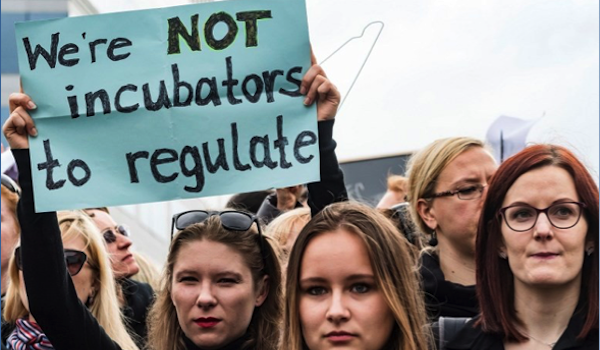 On 4 November, the Polish Parliament adopted a new project. They called it “For Life” (“Za Życiem”) and claimed it was targeting “difficult pregnancies”. What it is really about is offering pregnant women carrying a seriously disabled or unviable fetus a one-off payment of €1,000 (4,000 zloty) to carry the pregnancy to term, including if they know the baby will be born dead or die soon after delivery. Access to a hospice and medical care, as well as the guarantee of psychological counselling are all included in this offer, along with a person who will act as “assistant to the family” and coordinate all this support. The aim is to cut the number of legal abortions on grounds of fetal anomaly. At present, families with children requiring full-time care receive 1,300 zlotys (€300).

The proposal was first announced on 6 October when a national women’s strike led the government to withdraw the “Stop Abortion” initiative, which aimed to make all abortions illegal. The new proposal was tabled in the Parliament on 31 October by Beata Szydło, the Polish Prime Minister, and adopted within 48 hours by a vote of 267 to 140 with 21 abstentions, without any consultation. A government spokesman said that a wider support programme aimed at helping families and children with disabilities will be developed by the end of this year.

Jaroslaw Kaczynski, member of the ruling Law and Justice Party (PiS), said he hoped the new payment would encourage mothers to carry to term even children with no chance of survival, to allow Baptism or a blessing and burial.

Marta Szostak, Coordinator of the ASTRA Central and Eastern European Women’s Network for Sexual and Reproductive Rights and Health, has described this as putting a price tag on the unbelievable, unimaginable suffering of Polish women and children. She believes it may only be the start of the intention to limit legal access to abortion in cases of fetal anomaly, one of only three grounds on which abortion is still legal in Poland. The other two grounds are if the woman’s life is at risk and when the pregnancy is the result of rape or incest. The Catholic Church in Poland and many members of the PiS have on numerous occasions been supportive of forcing women to carry pregnancies to term when a serious or fatal fetal anomaly has been diagnosed.

About 1,000 “official” abortions take place annually in Poland, though the unofficial figure is estimated at 100 times that. Many women go abroad or to a larger city to end a pregnancy, saying it is often impossible to find doctors willing to perform even legal terminations in their locality.

An article in The Conversation addresses the question: Why did an EU member state even consider forcing women to carry deformed fetuses and imprisoning doctors for terminating pregnancies? 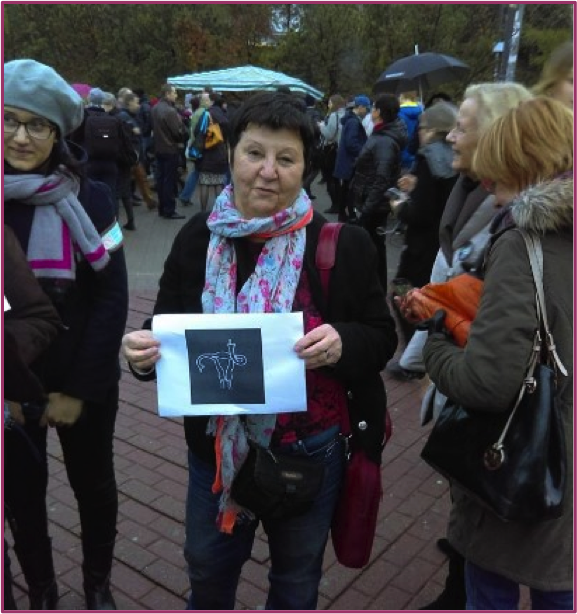